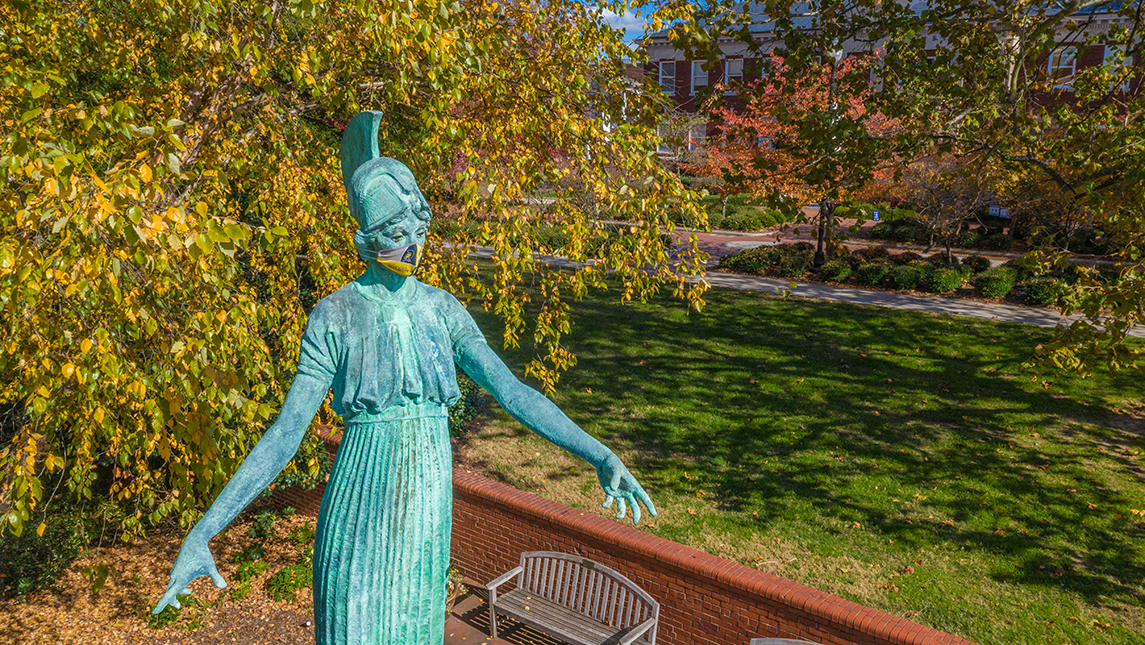 UNC Greensboro today announced the addition of three new members to its Board of Trustees, as well as the reappointment of Trustee Margaret Benjamin to a first four-year term.

Ms. Anita Bachmann, Dr. Ernest Grant, and Mr. Tim Rice, each with tremendous business, civic, and community credentials, were appointed by the UNC System Board of Governors on April 22 to four-year terms beginning July 1, 2021. They will replace Vanessa Carroll, Ward Russell, and David Sprinkle, who rotate off the Board as of June 30. Carroll and Russell each served eight years on the Board; Sprinkle served for 10 years.

Anita Bachmann is CEO of the North Carolina Market for UnitedHealthcare’s Community Plans. She is an accomplished executive with extensive, progressive experience in health care administration, business operations, health care delivery systems, business development, technology, clinical strategy, and regulatory/legislative affairs. Prior to this role, Bachmann served as Vice President of Business Development for UnitedHealthcare Community & State nationally and Market Leader in North Carolina. She has also served as Senior Vice President of Health Reform Strategy at Optum, where she was responsible for development of the reform strategy to support state government business growth, and Vice President of Health Care Reform at UnitedHealthcare. With more than 30 years of experience in the  industry, Bachmann has a strong background in management of integrated delivery systems, organizational and human resources management, health care operations, business strategy execution, and relationship management. In recognition of her efforts, she was named an Outstanding Woman in Business by Triad Business Journal in 2017, Triad Power Player and Athena Leadership award winner in  2019, and Triad Power Players and C-Suite Award recipient in 2020. She also received an appointment from Governor Cooper as board member to the NC Institute of Medicine and the NC Works Commission. Bachmann earned a Master of Health Science (MHS), Health Services Administration, from the Medical  University of South Carolina in Charleston, and graduated from the Executive Leadership Program at the University of Pennsylvania’s Wharton School in Philadelphia. She and her husband George have 3 adult sons, one of which is a 2019 graduate of UNC Greensboro.

A UNCG alumnus, Dr. Ernest Grant is the 36th president of the American Nurses Association (ANA), the nation’s largest organization of nursing representing the interests of the nation’s 4 million registered nurses. A distinguished leader, Dr. Grant has more than 30 years of nursing experience and is an internationally recognized burn-care and fire-safety expert. He previously served as the burn outreach coordinator for the North Carolina Jaycee Burn Center at University of North Carolina (UNC) Hospitals in Chapel Hill. While there, Grant oversaw burn education for physicians, nurses, and other allied health care personnel and ran the center’s nationally acclaimed burn prevention program, which promotes safety and works to reduce burn-related injuries through public education and the legislative process. Grant also serves as adjunct faculty for the UNC Chapel Hill School of Nursing, where he works with undergraduate and graduate nursing students in the classroom and clinical settings. He holds a BSN degree from North Carolina Central University and MSN and PhD degrees from the UNCG. Grant has served on the UNCG School of Nursing Advisory Board since 1999 and was named the School of Nursing’s Alumni of the Year in 2003. He was inducted as a fellow into the American Academy of Nursing in 2014 and is the first man to be elected to the office of president of the American Nurses Association.

Tim Rice is former CEO and current CEO emeritus of Cone Health. Throughout his more than 35 years in the Greensboro health community, Rice has been a champion for improving care and building community connections. As CEO of Cone Health, he strengthened ties with UNCG, Guilford Technical Community College, and other Piedmont Triad institutions. Since retiring in 2014, Rice has refocused his energy on leadership by mentoring others and sharing his secrets and philosophy on leadership in a fast moving, volatile healthcare and business environment through teaching and meeting facilitation. Rice is President and Board Chair of The National Center for Healthcare Leadership. He has served as a Fellow in the American College of Healthcare Executives and on the Board of Governors of the Center for Creative Leadership. Born in Colville, Washington, Rice received a Bachelor of Science in Pharmacy from Washington State University in 1977 and a Master’s in Health Administration from Duke University in 1987. He is a 2012 recipient of the Thomas Z. Osborne Award from the Greensboro Chamber of Commerce and received the Distinguished Service Award from the North Carolina Hospital Association that same year. Rice was awarded an honorary Doctorate of Humane Letters during UNCG’s May 2015 Commencement ceremony, during which he served as keynote speaker.

The Board of Governors also reappointed Margaret Benjamin to the UNCG Board for a full four-year term. She was appointed to the Board in January to finish the unexpired term of former Trustee and U.S.  Congresswoman Kathy Manning. Benjamin is a 2001 graduate of UNCG with a Master’s in Liberal Studies and has significant civic, philanthropic, and community credentials. Among other accolades, she and husband William (Bill) together received the United Way of Greater Greensboro Legacy Award in 2018, given in recognition of a demonstrated legacy of giving and community impact, service, and exceptional support of programs that transform lives in the community.

Said UNCG Board Chair Betsy Oakley, “We are tremendously grateful for the many years of dedication and service and for the invaluable contributions Vanessa Carroll, Ward Russell, and David Sprinkle have given to the Board of Trustees and to UNCG. They will be sorely missed, but we know they will continue to be actively engaged with the University community. I know I speak for the entire Board in saying we could not be more delighted to welcome Anita Bachmann, Ernest Grant, and Tim Rice to fill those shoes. They are all dynamic and passionate leaders, both in their fields and in their communities, and their individual and unparalleled expertise in the healthcare arena will be invaluable as we develop the Health and Wellness district of UNCG’s Millennial Campus. Margaret Benjamin has already proven to be a thoughtful and engaged contributor to our Board and we are grateful for her reappointment and continued commitment over the next four years.”