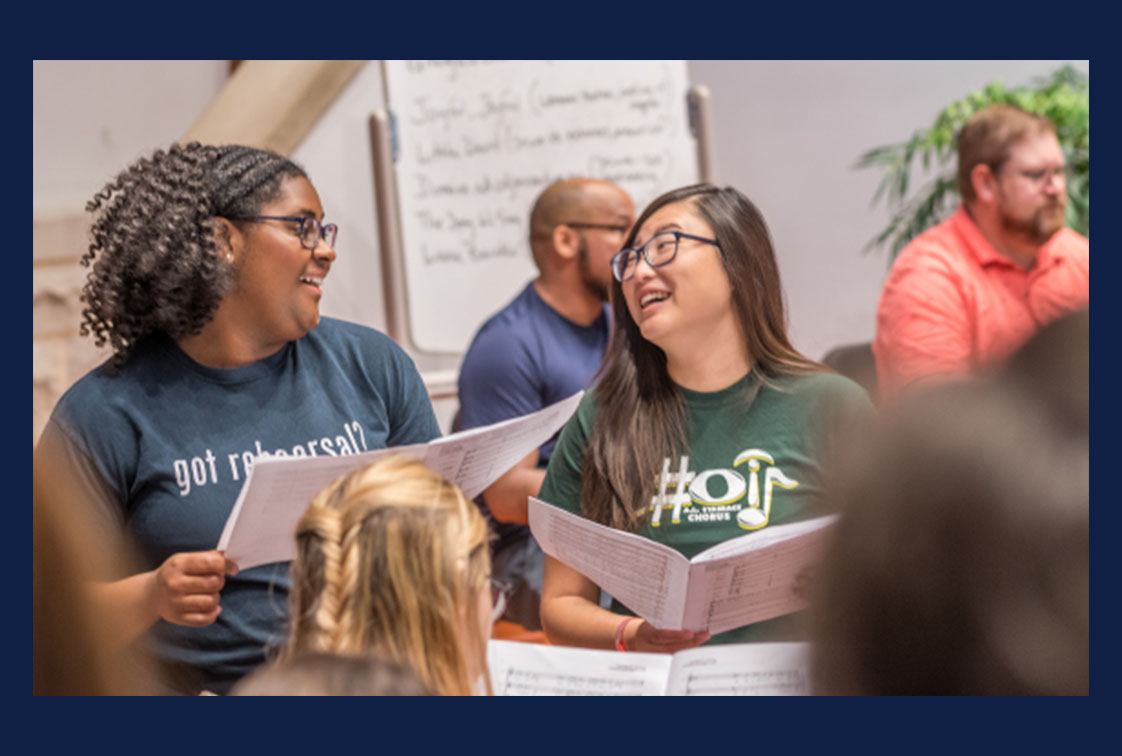 There’s always music at the University of North Carolina Greensboro. From College of Visual and Performing Arts students creating and practicing compositions, to faculty and guests performing in campus auditoriums, to the open mics popping up in Tate Street’s coffee shops, our University hums throughout the year.

The sweetest music might be what you hear every July, when more than 2,000 students from across the nation and around the world arrive on campus to study band, mixed chorus, orchestra, and piano.There’s always music at the University of North Carolina Greensboro. As the nation’s largest university summer music camp – hosting top musicians, instructors, and conductors as members of the camp’s 170-person staff – it’s hard to imagine the UNCG Summer Music Camp started in the 1980s with one man mailing out a brochure.

Dr. John Locke didn’t set out to change the School of Music. When he arrived at 1982, the school already had a strong reputation. Locke – who had established himself as an exemplary educator and conductor – saw potential for growth. Within the first few years, he helped bump enrollment from 240 to 600 music majors with advertisements, posters, and one humble mailing in 1983.

The inaugural Summer Music Camp hosted 350 middle or high school students from across North Carolina. In 1984, the number of students doubled. By 1986, the camp had grown to more than 1,000 student participants and a camp staff of 90.

“The camp really helped put us on the map,” remarks Locke.

Today, students from 35 states and more than 20 countries attend either of the summer camp’s two week-long sessions. Activities include rehearsals and practice sessions for a variety of instruments, movie nights, and a dance. The camp culminates in a series of student concerts performed across campus. Many of the campers return year after year, and just as many enroll at UNCG as School of Music students and then go on to become performers or music instructors – or staff at the camp they remember so fondly.

“While I was the cruise director, figuratively speaking,” Locke says, “I can’t claim all the credit. I had plenty of help from a very talented faculty.”

Now that Locke has retired, that talented faculty – under the direction of Brad McMillian, director of outreach programs and marketing coordinator for the School of Music – continues Locke’s legacy. The 37th season of the Summer Music Camp ran from July 7 to July 19, and UNCG campus sang ever so sweetly.