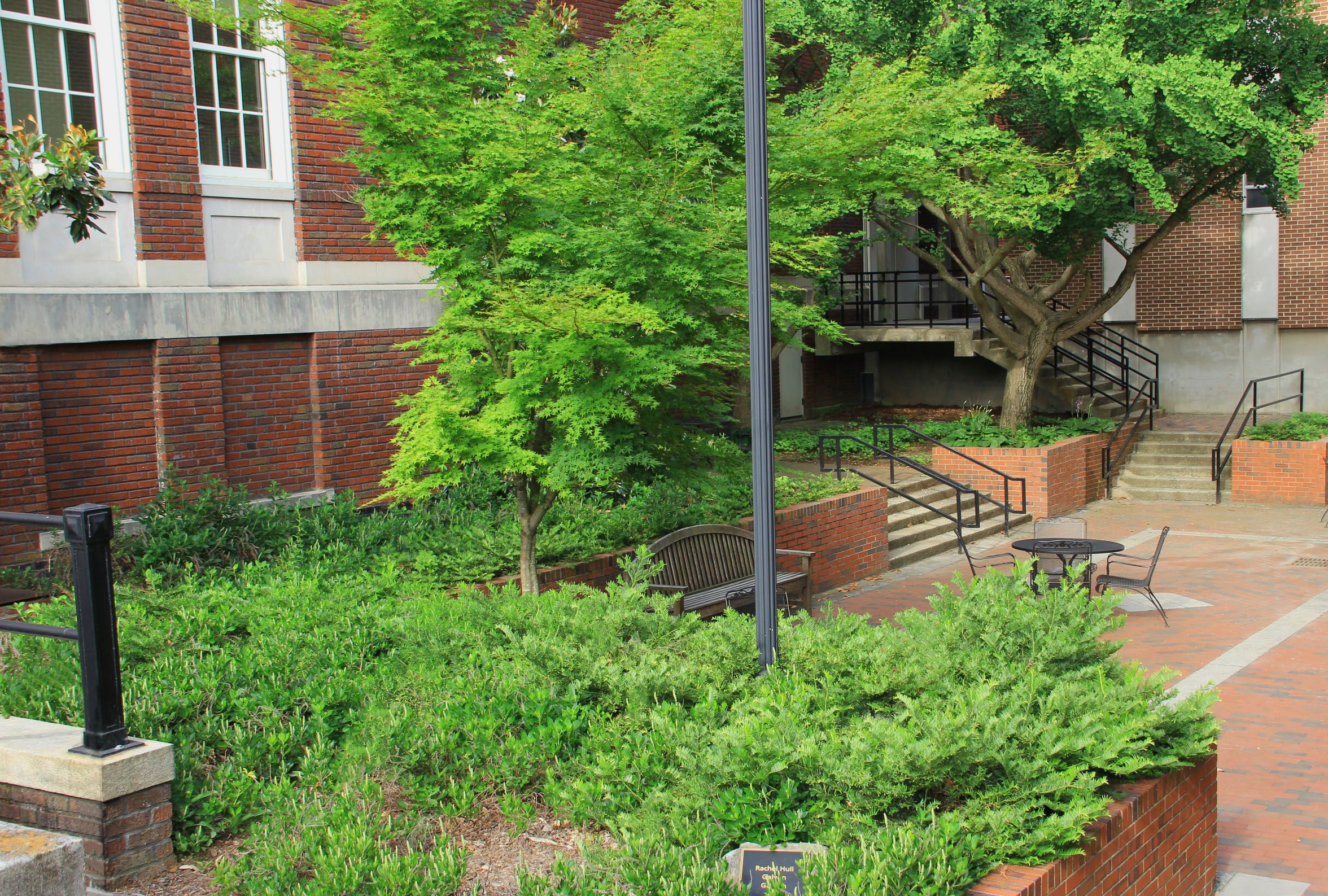 Rachel Hull Galyon attended Woman’s College as a member of the Class of 1952. A lifelong lover of music and future Greensboro Symphony Guild president, Rachel attended performances on campus as a student and as often she could in the years that followed.

Many of those concerts took place in UNCG Auditorium, a home to the arts since 1927. For nearly 90 years, the space has served the campus and the city as a venue for a wide array of musicians, performance groups, and lecturers.

Rachel is a supporter of UNCG in a myriad of meaningful ways, but one of the most visible is a named space: the Rachel Hull Galyon Garden, located just outside UNCG Auditorium. In 2007, while the auditorium underwent extensive renovations, Rachel and her husband Doug decided to make the gift of the garden in addition to their gift of the building’s lobby enhancements. Attractive planter boxes frame a seating area between UNCG Auditorium and Taylor Theatre, and the garden includes drought-resistant plants such as prairie grasses and wildflowers. As a gardener, Rachel had a particular interest in contributing to the campus landscaping, and that personal touch shows.

Those who attend University Concert and Lecture Series events and other notable campus performances can enjoy this outdoor space, which is at once lively and tranquil in its design and landscaping. That is just one difference Doug and Rachel Hull Galyon have made to the campus and the community of UNCG – a gift of beauty, environmental enhancement, and sustained growth.