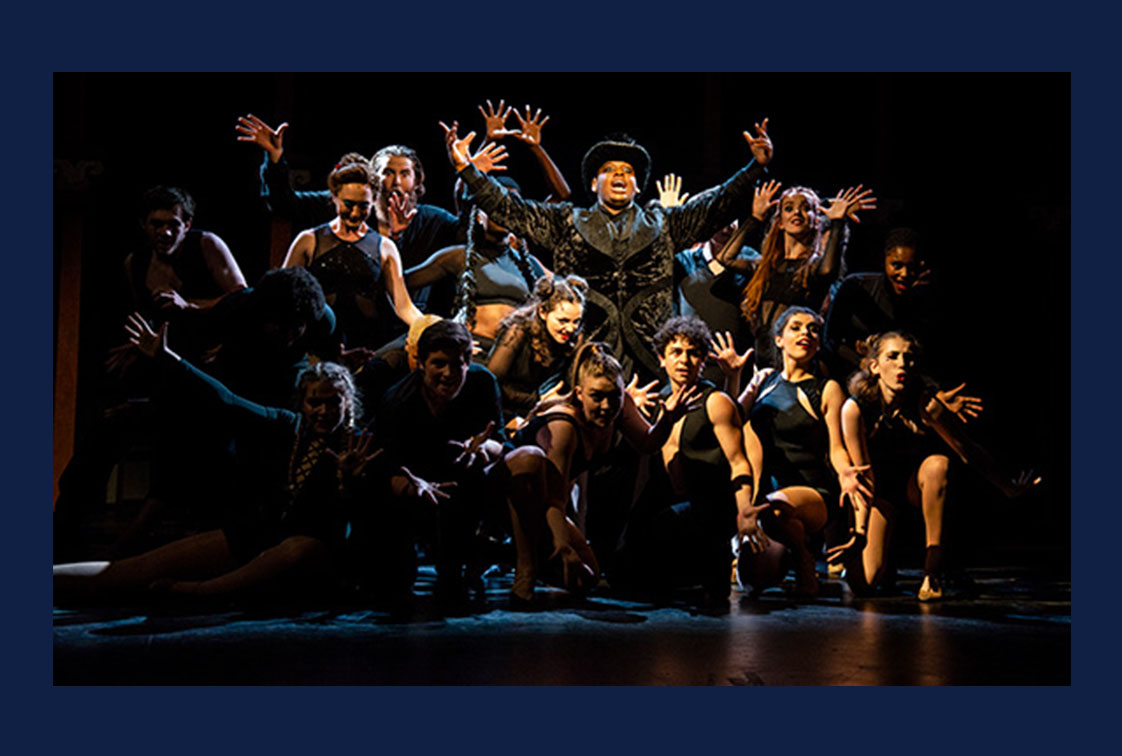 There’s nothing like seeing a show on Broadway, but UNCG is gearing up to be a close second. Housed in the College of Visual and Performing Arts’ School of Theatre, the new Musical Theatre Program promises Broadway-level training and excellence for CVPA students.

“The inclusion of Musical Theatre is important at UNCG and the CVPA,” says Dominick Amendum ’01, the Smart-Tilman Artist in Residence. “It really is the ‘meeting point’ of music, dance, and theatre.”

Students enrolled in the new program take classes in each of CVPA’s three schools, where they learn to flex every creative muscle. They showed off their hard-earned skills in the School of Theatre’s fall production of PIPPIN.

With a score from four-time Grammy winner, three-time Oscar winner Stephen Schwartz, PIPPIN tells the story of a young man’s journey to be extraordinary – and with complex roles and double, sometimes simultaneous, casting, it takes an extraordinary cast to pull off.

“We asked the students for very sophisticated thinking,” says Assistant Professor Erin Speer, who directed and choreographed the production. “I kept raising the bar, asking them to work harder and dig deeper, to understand the ‘how’ and the ‘why’ of every moment they were onstage. We asked for an extremely layered performance, and to a person, they delivered.”

Supported by a leadership gift from alumna Pam Murphy – who also performed in a UNCG production of PIPPIN in the 1980s – a cast and production team of more than 200 students, staff, and faculty brought this incredible show to life on September 27 at the Taylor Theatre. For senior drama major and PIPPIN lead, Parker Perry, the production was exactly what he needed before venturing into the real world.

“I see so much of myself in this character – this young man coming into his own, trying to find where he belongs in life…It was hard work, some of the hardest I’ve ever done as an actor, but it has been incredibly rewarding.”

Junior acting major J. Andrew Speas agrees; with another year at UNCG, PIPPIN gave him the opportunity to stretch his talents before his final year.

“I was so fortunate not to simply play the Leading Player but to create a human being in a lavish and exciting world. This process was so different. I had to flex every single actor, dancer, and mental muscle.”

PIPPIN raised the bar high, but the Musical Theatre Program and its students – with support from faculty, staff, and many friends – are ready to meet to it.