The Morelli Family and The Kaitlin E. Morelli Endowed Scholarship in Nursing 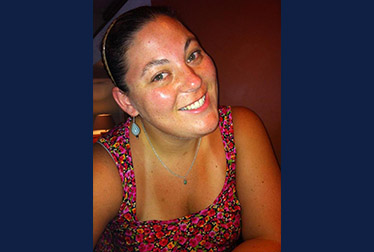 How do you say “good-bye” to a daughter, a sister, a tireless co-worker, and friend who lost her battle with cancer?

For the friends and family of Kaitlin Morelli ’09 SON, the answer is: you don’t.

Instead, you find a way to pay tribute to the boundless laughter, the courage and integrity, the wit, the sense of adventure, and selfless compassion. The Kaitlin E. Morelli Endowed Scholarship in Nursing, established in 2017 by Kaitlin’s parents and brother, supports the aspirations of future nurses.

“We hope this scholarship will help other students realize their dream of becoming a nurse. We believe Kaitlin’s spirit will live on every time a nursing school graduate goes out into the world and shares their gifts and the skills they acquired in the nursing program.” (Statement Of Establishment, Kaitlin E. Morelli Endowed Scholarship in Nursing)

Kaitlin Morelli was known for her joy and love of life, her work ethic, her service, generosity, and kindness. She was also described as strong and stubborn — helpful tools for life, as well as a career in nursing. Undeterred by early learning difficulties, Kaitlin refused to give up her dream of becoming a nurse; her acceptance to UNCG’s School of Nursing realized the first part of her vision. Kaitlin made the Chancellor’s List every semester until her 2009 graduation, and subsequent employment at Forsyth Memorial Hospital and later as the charge nurse in the IMC Unit at Baptist Hospital were fulfilling achievements. Kaitlin’s childhood dream of being a nurse — inspired by her maternal grandfather’s experiences as a battlefield medic — had come true. Even after her cancer diagnosis in 2014, Kaitlin made plans to continue her vocation.

The Morelli family’s ties to North Carolina and the Triad run deep. Kaitlin’s brother, Troy Joseph Morelli ‘15, is the master electrician for Triad Stage in Greensboro, implementing his BFA in drama-technical production. Kaitlin’s father, David Dominic Morelli, graduated from Guilford College and is the UNC Director of Football Business Operations. Her mother, Nana Eve Morelli, graduated from UNC Chapel Hill and is the office manager for Chapel in the Pines Presbyterian Church. At the age of 27, Kaitlin returned to the Chapel Hill home in which she grew up for her final days.

The Kaitlin E. Morelli Endowed Scholarship in Nursing honors a life filled with meaningful accomplishment, love, and an awareness of the value of living. For those who share her vision, Kaitlin’s scholarship lights the way to achieving dreams at UNCG.