The Martin Family and The Wyatt Lee Martin Memorial Fund 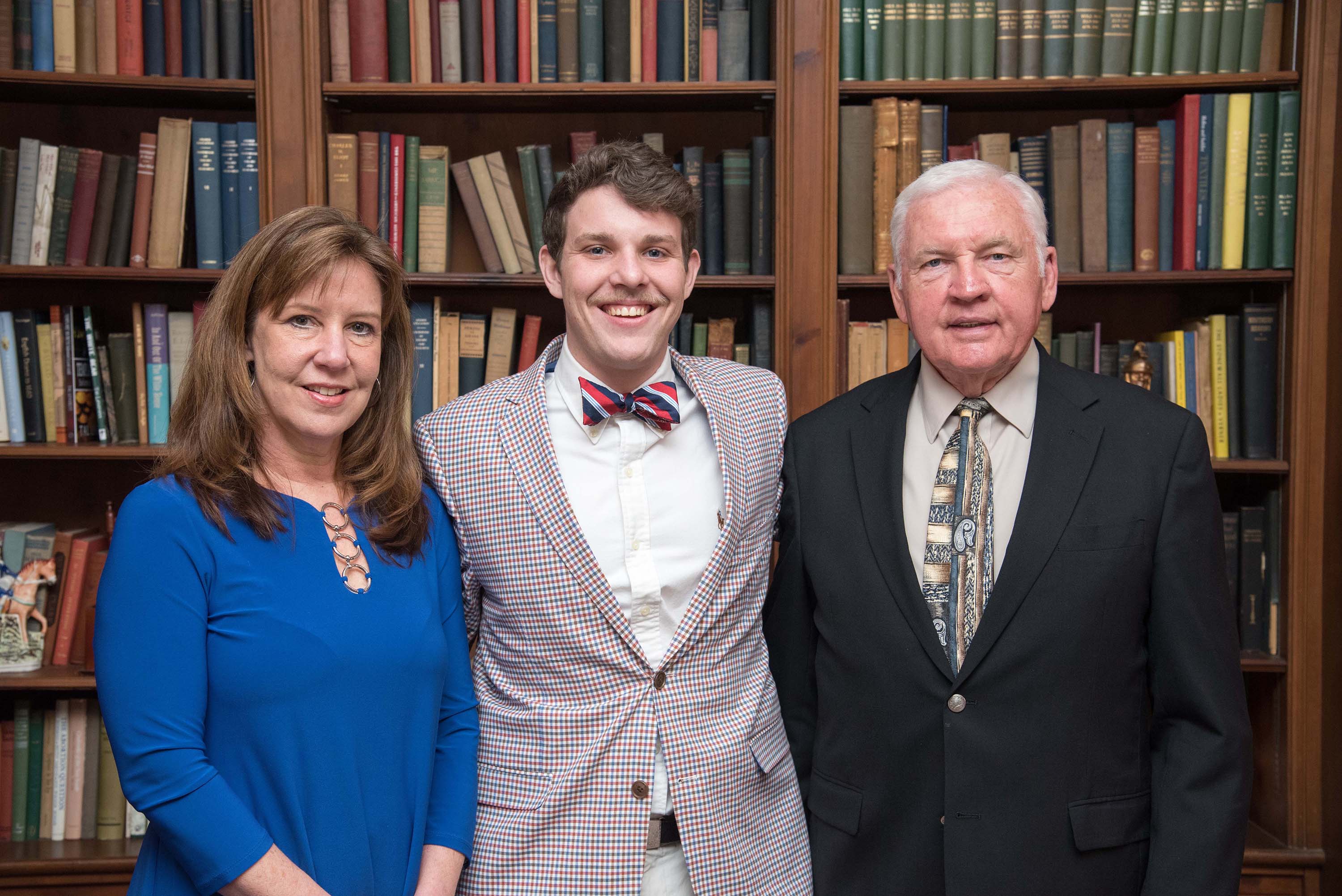 UNC Greensboro prides itself on its commitment to global connections. By graduation, students know they share in the fate of our world and dedicate themselves, in large ways and in small, to forging connections with other communities. The memory of one alumnus in particular lives on in the hearts of the students who travel across the ocean to understand and learn from different cultures.

Wyatt Lee Martin graduated from UNCG in 1997 with a degree in philosophy. His father, James; mother, Linda ‘82; and brother, Jordan, remember him as an avid traveler whose education was only enhanced by his passion for exploring new places. Even while working as secretary of the family’s Tarheel Paper and Supply Company, Wyatt always considered his next trip. In every city and every country, he did more than take in popular sites. Wyatt immersed himself in the culture, spending time with locals and taking part in their daily lives. Sadly, Wyatt passed away unexpectedly in December 2012.

Although devastated by their loss, Jordan and his parents were determined to keep Wyatt’s memory alive. In 2013, they established the Wyatt Lee Martin Memorial Fund at his alma mater. Accessible through the International Programs Center, the fund supports undergraduate and graduate philosophy or religious studies students during their international or domestic travels.

“Wyatt loved traveling,” remembers James. “His last trip, he was gone for 13 months, and he found every time he left that he not only loved the world, but also loved his home. Jordan wanted more students to experience that.”

Since 2013, more than 30 students have carried Wyatt Martin’s memory with them, including three students who traveled with their professors to Istanbul in 2015. In April 2018, one recipient, Robert “Wilson” Maloney, was the guest speaker at the College of Arts & Sciences Scholarship Recognition Luncheon. A political science and philosophy double major, Maloney is exactly the kind of dedicated explorer Wyatt’s family hoped to help and inspire.

“I’ve met quite a few of the young men and women who traveled with this scholarship,” says James. “They’re wonderful, adventurous people who were so genuinely happy to explore the world.”

Wyatt Martin’s adventurous spirit and passion for travel live on in past, present, and future students who benefit from his family’s love and admiration.