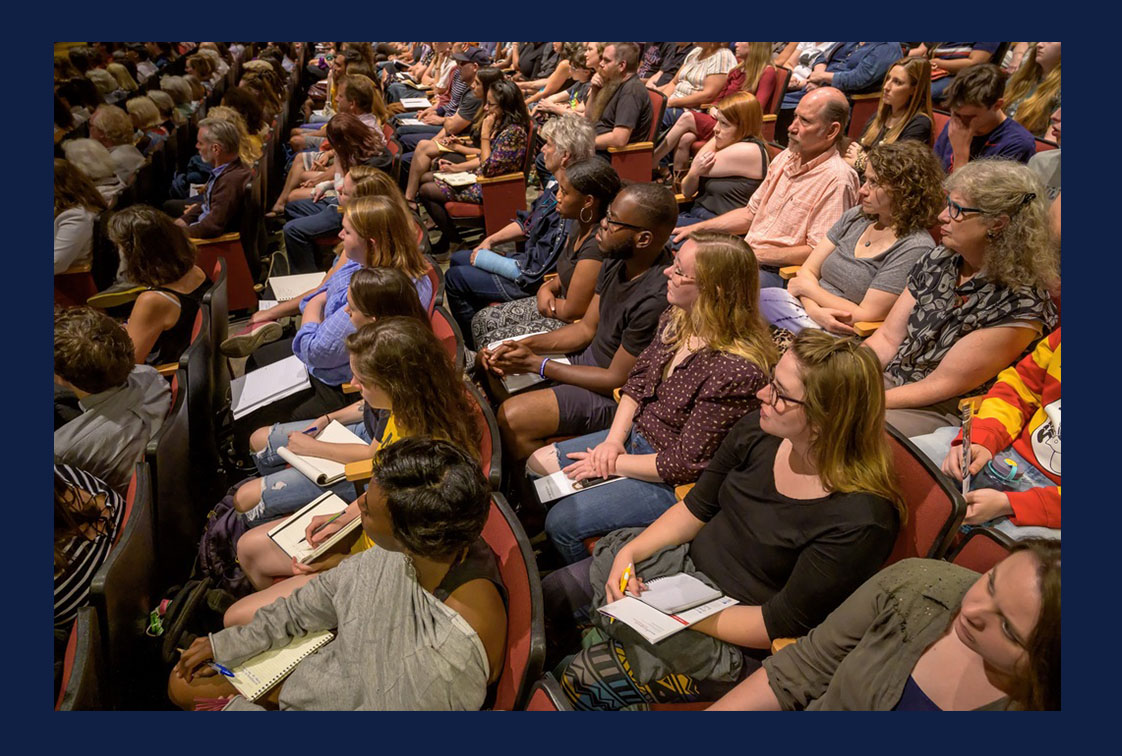 We often think religions are static systems. One program in particular, housed in UNCG’s Department of Religious Studies, is trying to change that perception. Under the guidance of program director Dr. Ellen Haskell, the Jewish Studies Program shows how this Abrahamic religion continues to play a critical role in culture and society.

“The Henry Samuel Levinson Lecture Series is our flagship event,” says Haskell, who also holds the Herman and Zelda Bernard Professorship in Jewish Studies, “but we have speaking engagements and events throughout the year. The scholars we invite bring unique perspectives that pique both academic and popular interest.”

Recent Levinson Lecture scholars have included Marcie Cohen Ferris, professor of American studies at UNC Chapel Hill; Dr. Sarah Imhoff, assistant professor of Jewish studies at Indiana University; and Dr. Susan Niditch, the Samuel Green Professor of Religion at Amherst College. They spoke about the history of Jewish life and practice in the South, historic and contemporary ideas about Jewish masculinity, and attitudes about war and peace in classical Jewish texts, respectively.

Named in honor of the beloved UNCG professor, Religious Studies department head, and Jewish community supporter, the Henry Samuel Levinson Lecture Series is supported through the Henry Samuel Levinson Program Endowment. Although the program fund was established by alumna Linda Sloan ’82 MFA and her husband, Tom, many members of the Greensboro Jewish community and its friends have contributed in order to invite innovative and engaging lecturers to campus.

In the last three years, the Henry Samuel Levinson Program Endowment has supported at least six additional public speakers. Through partnerships with the Islamic Studies Research Network; Environmental and Sustainability Studies Program; the Department of Languages, Literatures, and Cultures; and the Greensboro Contemporary Jewish Museum, these talented academics and artists have shared insights about the complex relationship religion has with art, food, migration, and much more.

Dr. Haskell is proud of the effect the Henry Samuel Levinson Lecture Series and Jewish Studies Program events have on students, staff, faculty, and friends.

“All our lectures are open to the public, and it’s wonderful see people of various backgrounds and faiths gather together. We are glad to provide this intellectual and spiritual resource to Greensboro.”

The Jewish Studies Program is eager to offer more events to the campus and community. Exciting things are sure to come, as faith continues to play an ever-important and ever-evolving role in our lives.