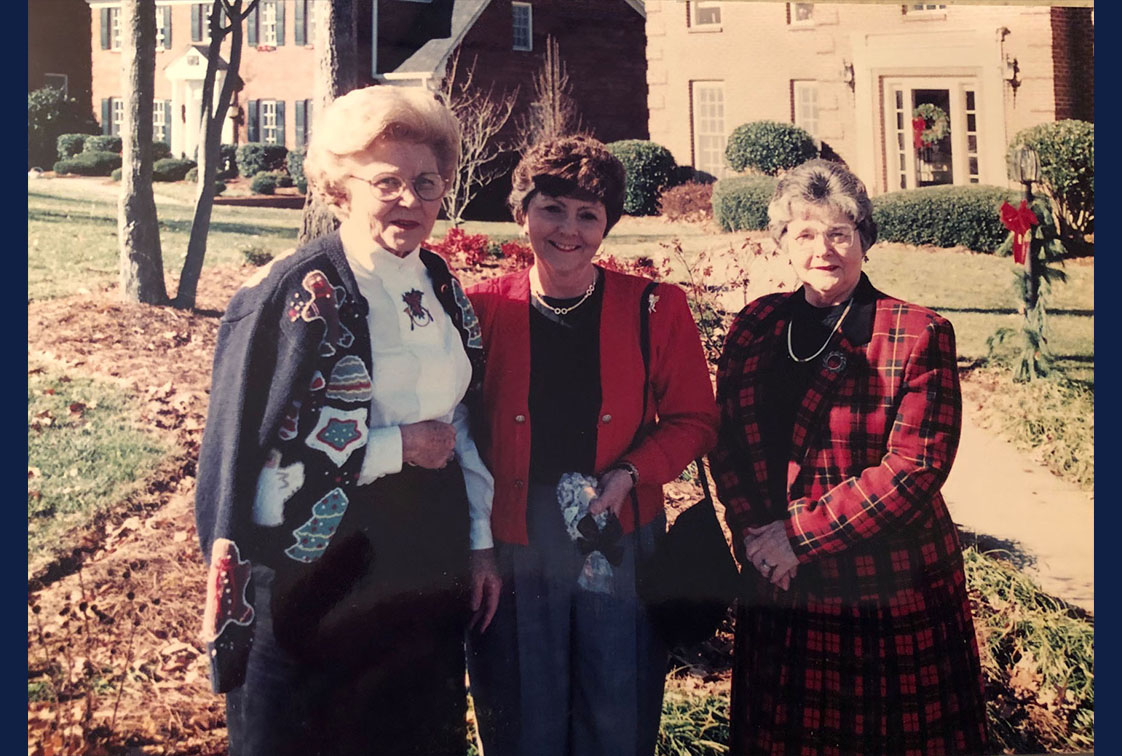 The bonds of sisterhood are inextricably tied to UNC Greensboro’s identity, as they are woven into the University’s past of exclusively serving women.  Having attended UNCG during its era as Woman’s College, Martha Fowler McNair ’49, Ann Fowler Jones ’51, and Cynthia Fowler Barnes ’61 added another layer of sisterly connectedness to the University’s history. Including Frances Fowler Stanton, who graduated from UNC-Chapel Hill’s School of Nursing in 1957, the four Fowler sisters each have a scholarship in their name, established at UNCG.

“Marvin and Pearl Fowler, our parents, were our best mentors,” stated Cynthia, “and they felt that our educations should be at UNCG and UNC-Chapel Hill.”

Martha led the way, choosing UNCG (Woman’s College) and thriving as an undergraduate. She served as president of the Student Government, a member of Golden Chain Honor Society, was elected an Outstanding Senior, and was named Class of 1949’s Everlasting President. She was joined at WC by Ann, who also sustained a very active schedule. Ann held titles as secretary of the Adelphian Literary Society and chairman of the Finance Board; she was also an involved member of Young Women’s Christian Association (Y.W.C.A), Gamma Alpha, and Daisy Chain.

Despite Frances’ decision to deviate from WC, Cynthia would follow her eldest sisters’ tracks and become the last sister to leave her mark on the University. Cynthia was active in many clubs and served on the honor court and as executive treasurer of the Consolidated University Student Council.

In 2008, as a response to the UNCG Students First Campaign and in honor of her class’s upcoming 50th reunion, Cynthia established three scholarships, in recognition of each of her sisters. The Ann Fowler Jones Scholarship and the Martha Fowler McNair Scholarship in Business were both designated for the UNCG Bryan School, while the Frances Fowler Stanton Scholarship Fund was channeled toward the School of Nursing.

“In establishing scholarships honoring my sisters, it was my intention to pay tribute to them, as they excelled in their chosen fields of study,” said Cynthia.  “This enabled their career paths to be outstanding, and they have excelled in community involvement and parental guidance as well. Also, being the youngest of four sisters, they have been excellent mentors to me.”

With scholarships named after every sister but Cynthia, Martha established the Cynthia Fowler Barnes Scholarship in Business later that same year. Since Martha’s passing in 2016, Cynthia has been an avid supporter of her own fund as well, most recently donating $50,000 to the scholarship in May.

“These scholarships are renewable resources that allow our University to move perpetually forward,” stated Cynthia. “With the rising cost of education, I believe that ‘putting students first’ with scholarship aid is imperative in assisting talented and deserving students with pursuing their degrees.”