The Class of 1955 Merit Scholarship 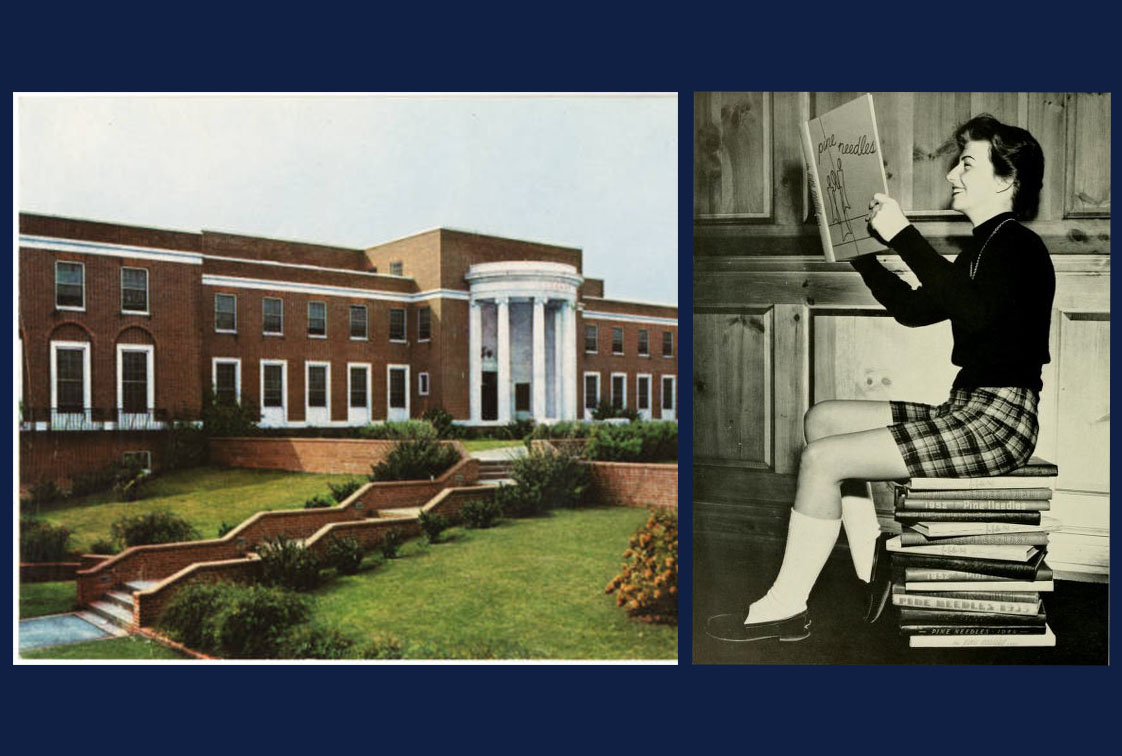 In May of 1955, “The Good Wife’s Guide” was published in Housekeeping Monthly, detailing the domestic work on which women should be focused. At the same time, however, the Woman’s College Class of 1955 was preparing for graduation and their future life as degree holders.

Disregarding the happy-homemaker image, the Class of 1955 pursued individualized interests, formed and operated campus organizations, and governed themselves democratically through their Student Government Association.

They were engrossed in their educational experience and heavily involved in all aspects of the University, even managing to induce several alterations to the curriculum their senior year. After delivering 43 recommendations to the faculty, the student body, steered by the Student Advisory Curriculum Committee, had 24 of their requests accepted: this included revamping chemistry requirements, making statistics available for non-math majors, adding a “history of political ideas” class, and opening philosophy and ethics courses to sophomores.

Befitting the Class of 1955’s dedication to their studies, these alumnae established the Class of 1955 Merit Scholarship Endowment—a gift that recognizes high-achieving students—on their 50th graduation anniversary (2005). Thirteen UNC Greensboro students have profited from the scholarship thus far; one of those students is sophomore Katherine Grischow.

Measuring up to the standards set by the Class of 1955, Katherine is a flute performance major who recently took first place at the 2019 Mid-Atlantic Flute Convention in the collegiate soloist category.

“I think it’s important to acknowledge the history of this college and prominence of the women in it,” stated Katherine. “The UNCG Auditorium, where we do all of our performances, still has a Woman’s College sign, which I think is really inspirational.”

Before coming to UNCG, she was valedictorian of her class at Northern Nash High School (Rocky Mount, NC) thanks to her perfect 4.0 unweighted grade point average. Katherine was also elected an ambassador for her school, and she was invited to the Governor’s School of North Carolina – the oldest statewide summer residential program in the nation for academically or intellectually gifted high school students.

Speaking directly to the Class of 1955, Katherine remarked, “Thank you for providing this opportunity; it was really the deciding factor that allowed me to come to this University. I’ve really been enjoying my experience here, and this scholarship allows me to have a connection with so many people majoring outside of music. Thank you so much.”