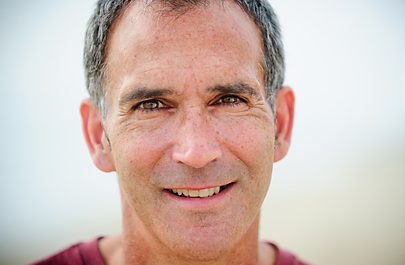 Dr. Nicholas A. Vacc was a UNCG faculty member from 1979 to 2002, serving as the Joe Rosenthal Excellence Professor for five years and the chair of the Department of Counseling and Educational Development for ten. His wife, Dr. Nancy Nesbitt Vacc, also joined the faculty of UNCG’s Department of Curriculum and Instruction in 1987. Nicholas and Nancy were both prolific scholars, producing many books, monographs, journal articles, and conference presentations.

In 2008, Dr. Nancy Vacc established the Dr. Nicholas A. Vacc and Dr. Nancy N. Vacc Distinguished Professorship in memory of her husband, for a full-time faculty member with a record of outstanding accomplishment as a teacher, scholar, or practitioner.

Michael Parker, professor of fiction writing at UNCG, is one of the foremost voices in contemporary Southern literature. He is the author of six novels and three collections of stories. His short fiction and nonfiction have appeared in numerous literary journals, and he has received fellowships from the North Carolina Arts Council and the National Endowment for the Arts, as well as the Hobson Award for Arts and Letters and the North Carolina Award for Literature. His work has been anthologized in the Pushcart, New Stories from the South, and O. Henry Prize Stories anthologies.

As the Dr. Nicholas A. Vacc and Dr. Nancy N. Vacc Distinguished Professor, Parker guides young fiction writers in developing their craft. In his 25 years in UNCG’s MFA Program in Creative Writing, much has changed, but Parker says two things about the program have not.

“There has been an amazing consistency to the level of talent,” he says. “And also in the sense of community. Because the MFA program’s founders chose the studio model—wherein the student’s work is the most important thing—our students have always flourished. I can’t take credit for their perseverance, but I can certainly speculate that the community and support they found during their time here stuck with them.”

“We have turned out writers as diverse as Pulitzer finalist Kelly Link—whose work tends toward the speculative—and Keith Morris—who has trafficked for the most part in gritty realism,” says Parker.

With the Vacc professorship funding, Parker has brought in guest writers such as Tom Drury, Maud Casey, and Chris Abani, who work with the students in a classroom setting and give readings for the entire campus community. Parker has also used the funds to provide research funds for second year students, and to purchase books for undergraduates.

“I make my way through the world by putting words together,” says Parker, “and you’d think I’d be able to articulate just how much the generosity of the Vacc family has meant to me and to the writing program. But it’s inestimable, the benefits their gift has brought to us…Our students keep in touch, with us and with each other, and we are always hearing news of their success in publishing. The degree takes only two years to achieve, but it lasts a lifetime.”