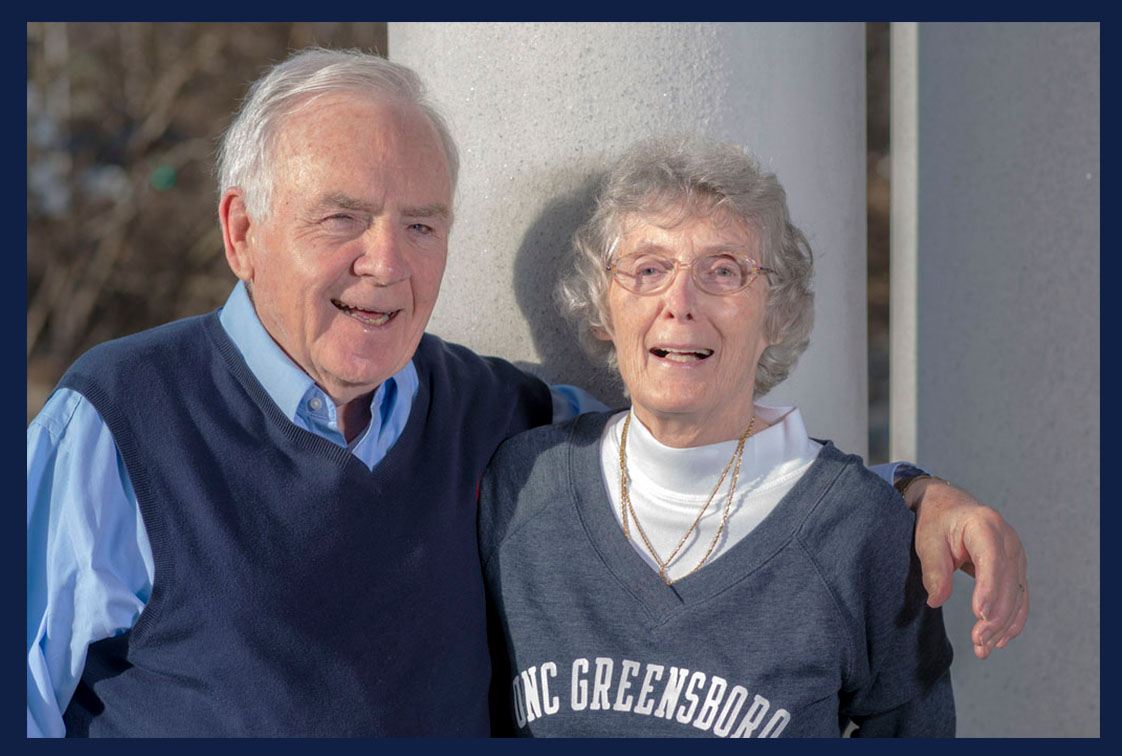 “It’s never too late,” said Philip Koch to a reporter for The News & Record in December 2017 – and he would know! At the age of 82, he became The University of North Carolina Greensboro’s oldest graduate in its history.

A college education had always been the dream, but life seemed to get in the way. A native New Yorker, Philip enrolled in Fordham University to study business, but financial constraints soon forced him to leave and join an ambulance crew. He served in the United States Army before marrying Anne and beginning a career with Geigy Chemical Co., one of the forerunners of Syngenta.

Philip and Anne moved to Greensboro in 1975. As he worked his way through the ranks, Philip often thought about returning to school, but he was too busy leading the company’s marketing and public relations efforts as the director of communications.

That didn’t stop him from encouraging his four children to pursue education: All of them graduated from North Carolina universities. In retirement, Philip turned his attention back to earning a degree. After Anne earned her bachelor’s degree in English and history from UNCG in 2006, Philip decided it was time.

“I was so proud of her and she was an inspiration,” Philip says.

Philip began studying history in 2012. Despite obstacles along the way, he graduated with his bachelor’s degree in 2017. The journey was incredible, but not as much as the students he encountered. He had seen his children and grandchildren struggle to finish college, but some of his classmates took five or six classes, on top of long commutes and part-time jobs.

Philip and Anne wanted to help. In 2019, they established The Philip and Anne Koch Program Fund to support non-traditional students in the Department of History. Support will include funding for students to attend conferences, workshops, and other professional development events.

Department Head Dr. Greg O’Brien is grateful for this program fund geared toward supporting a frequently overlooked segment of the student population.

“Non-traditional students often have a higher debt burden and family expenses that may prevent them from pursuing their dream of a college education. This fund will provide financial assistance, with the goal of keeping them on track to complete their degree in history in a timely manner.”