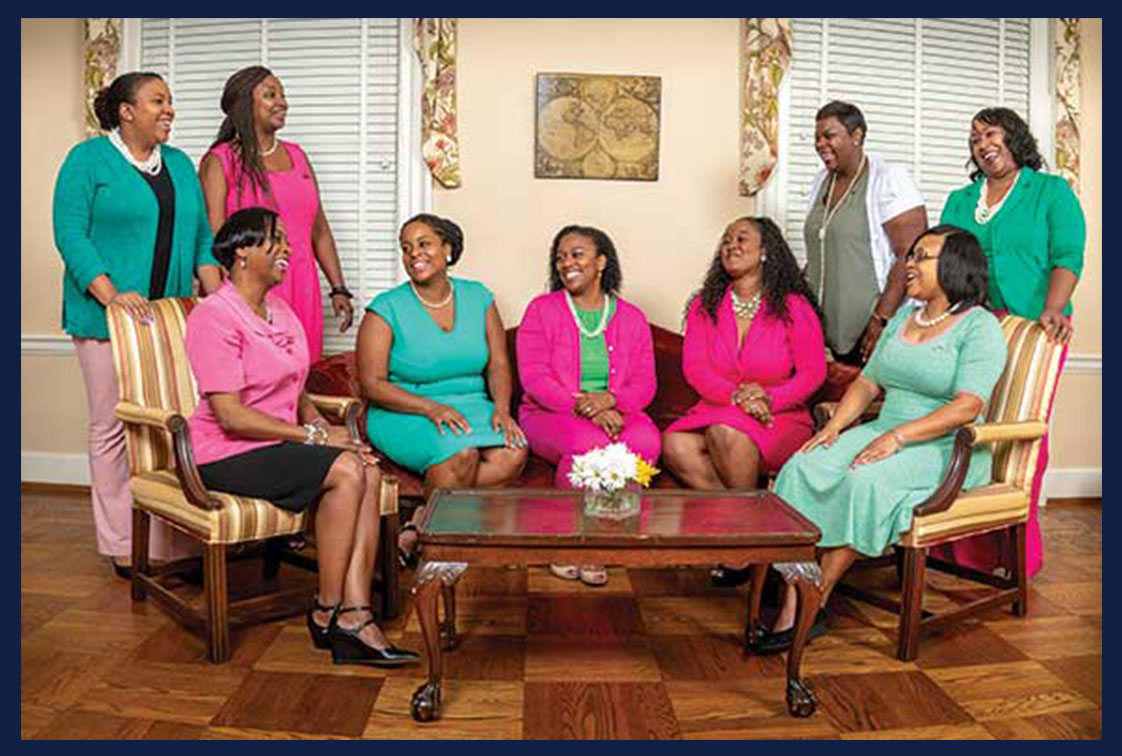 That’s the truth for the Nu Rho Chapter of the Alpha Kappa Alpha Sorority, Inc. UNCG’s AKA sisters share a bond of found family, built on a century-old belief in personal development and social empowerment. Nu Rho alumnae-sisters stand behind current and future sisters through a merit scholarship – the first UNCG National Pan Hellenic Council sorority to endow a student scholarship.

Fully endowed in 2018, The Pearls of Promise – Nu Rho Chapter of Alpha Kappa Alpha Sorority Scholarship honors the history of AKA and the Nu Rho Chapter, while looking forward. Inspired by AKA’s 20 pearls – representing the sorority’s 1908 founders and first members – the scholarship supports AKA sisters who possess strong leadership skills and exemplify its core values of sisterhood, scholarship, and service.

“Alpha Kappa Alpha is about opportunity and gratitude,” says Phaedra Grove ’92, senior director of talent acquisition at Reynolds American and one of the signing donors. “We celebrate the opportunities our sisterhood provides and extend those to the next generation.”

It’s a sentiment shared by the 62 alumnae-sisters who established the scholarship during Nu Rho’s 35th anniversary in 2016. Phaedra Grove and Ronda Moore ’99 churned up enthusiasm for giving, resulting in unprecedented commitment. More than 100 alumnae-sisters from every class and decade since the 1980s made monthly contributions, generating more than $77,000 in 12 months.

“It’s a testament to how much we value AKA and UNCG,” says Phaedra. “For professional women of color, there is no greater support than the education and sisterhood we earn here.”

She hopes other sororities and fraternities follow their example.

“AKA has always been for trailblazers. We’re the nation’s first Black sorority, and we pride ourselves on our commitment to serving others. But those are laurels we want to share. We hope UNCG’s sororities and fraternities look at our accomplishment and think, ‘Let’s set the bar higher.’”

Story by Michelle Danner-Groves, Office of Donor and Board Engagement
Photo by Martin Kane