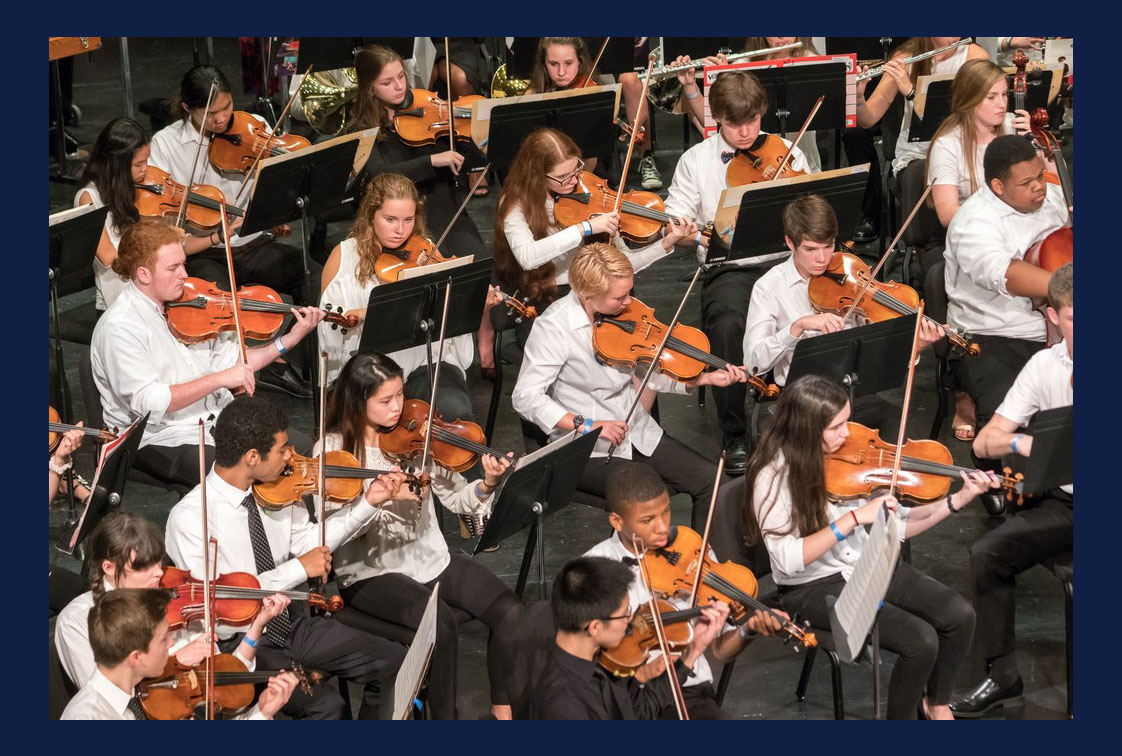 Thirty years ago, Marshall Forrester ’90, ’02 PhD was a music education major, working his first shift as a counselor at UNC Greensboro’s Summer Music Camp (SMC). As time passed, he maintained a close connection with the program and Dr. John Locke, who is SMC’s previous director and Forrester’s former mentor. Epitomizing the devotion members of SMC have for the program, Forrester continually fulfilled several roles at the camp — years after moving away from Greensboro and decades after embarking on his own professional endeavors.

“I have served in nearly every capacity,” said Forrester. “Counselor, assistant camp administrator, t-shirt and graphics designer, layout designer for the printed program assembly, van driver for the large percussion instrument roundup and rodeo, and I was conductor of a large senior band (high school-aged) the summer after I completed graduate school.”

Additionally, with computer programming being one of Forrester’s many talents, the former mentee agreed to help Locke design the camp’s first online registration system in 2015.

”If the type of system I designed was contracted commercially, it would cost possibly hundreds of thousands of dollars,” stated Forrester. “As a loyal alumnus of UNCG and avid music camp supporter, I was glad to do this for a modest stipend as an area of academic and artistic service.”

“The art of giving great customer service is often ignored or overlooked in academia,” said Forrester. “Not so with Dr. Locke. He realized that if a parent was spending several hundred dollars to send a child to camp, they deserved the best service possible. He led the way in making the office goal to answer the phone before the second ring! Parents, campers, and their music teachers recognized this commitment to excellence in all things, not just the phone, and have rewarded the camp with their continued support year after year.”