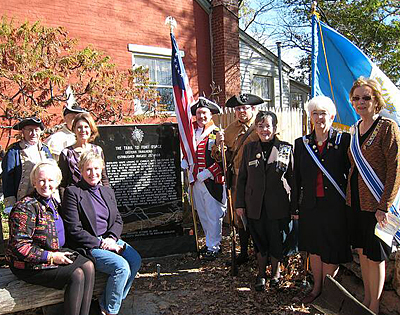 Margaret Drummond MacKenzie ‘63 was destined to be captivated by history. Born and raised in Eastville, Virginia, which boasts the oldest court records (1632) in the United States, MacKenzie came to Woman’s College of the University of North Carolina in 1959. It was a historic time for the university, transitioning from the “foundational era from 1891-1962” to the “era of expansion,” which began in the fall of 1963 when the University became coeducational and was renamed the University of North Carolina Greensboro. MacKenzie majored in history and began a teaching career in Maryland and Virginia that would span more than three decades. She was inspired by the high caliber of faculty and students at UNCG, and strove to impart that quest for excellence in the high school and middle school classrooms in which she taught.

MacKenzie’s encouragement and instruction propelled students on a path of knowledge that helped them to discern the past in order to better understand themselves and the world. Hundreds of her students learned to invest in their education and seize opportunities to improve their quality of life.

Extending her love of all things historical beyond the classroom, MacKenzie was dedicated to the National Society Daughters of the American Revolution, including service as the historian general. This position gave her opportunities to become involved with aspects of public history, such as processing applications for historical sites, attending historical site installations, and writing congratulatory letters to history teachers who won the DAR’s prestigious United States history teaching awards.

Through her involvement in multiple historical organizations, including the Jamestowne Society, Eastern Shore of Virginia Historical Society, Riverside Shore Memorial Hospital Auxiliary, and Northampton Historical Preservation Society, MacKenzie has participated in programs, conferences, and other activities which have enriched her life. She thought of the students at UNCG and wanted to assist them in attaining similar educational opportunities, which inspired the creation of the Margaret Drummond MacKenzie Endowed Fund in Public History. Established through a planned giving bequest, this flexible fund will assist students in the UNCG History Department with the expenses of group projects, capstone projects, conferences, educational travel, and scholarships.

Perhaps those who do not know their history are doomed to repeat its mistakes. Margaret Drummond MacKenzie, who has comprehensively studied history throughout her life, now passes the legacy of foundational excellence she experienced at UNCG on to future generations. That’s a history worth repeating.