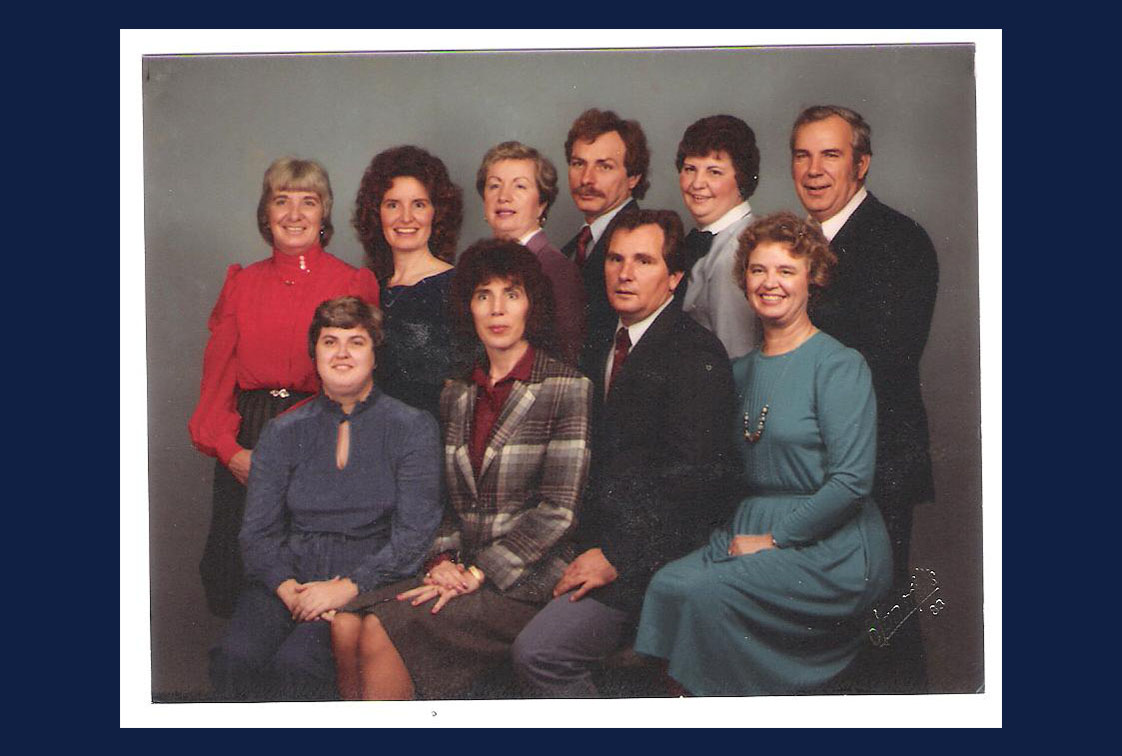 The Lloyd International Honors College (LIHC) is one of UNC Greensboro’s most competitive and respected academic units, with nearly 1000 undergraduate scholars across all disciplines. An extension of the University’s 125-year motto of “service,” LIHC’s mission is to develop young minds into independent critical thinkers who are actively engaged in their local, national, and global communities. One alumna decided to celebrate that legacy through an LIHC scholarship honoring her family.

Leona Eason Pridgen ’69 was the eighth child of ten, born to John Stephen Eason, Senior and Prudy Magnolia Peace Eason. The Easons often worked public jobs, and for most of Leona’s life, they were tenant farmers near Rocky Mount, North Carolina. Neither of her parents graduated from high school, but they both valued education and encouraged their children to appreciate educational opportunities.

With little money to fund their children’s higher education, it was a joyous surprise for Leona to receive the prestigious Katharine Smith Reynolds Scholarship, fully funding her college education. Leona’s character, compassion, and excellence facilitated her arrival at UNCG, but the support from her family ensured she graduated with honors with a bachelor’s degree in English education. Leona then returned to her hometown and taught English for 32 years.

In 2017, on the cusp of her 50th class reunion, Leona established a scholarship to honor the boundless support, encouragement, and love she received from her family, especially her parents. The John Stephen Eason and Prudy Magnolia Eason: The S’Eason of Peace Scholarship will provide ongoing support to student recipients and their families, just as the Easons once shared.

“The S’Eason of Peace inaugural recipient, Tavia Sherman, represents the best of Mrs. Pridgen’s dedication and her parents’ legacy of kindness and encouragement,” says Dr. Omar Ali, dean of the LIHC. “Ms. Sherman, a pre-nursing major from Huntington, New York, demonstrated not only academic excellence, but also a burgeoning interest in shouldering the responsibility for bringing quality health care to those in need around the world.”

The scholarship’s second recipient, Jeremiah Ravenel of Knightdale, North Carolina, will arrive on campus in August 2019. A freshman, he will be pursuing a finance degree in the Bryan School of Business and Economics.

John’s and Prudy’s memories are preserved in the students who will grow with this scholarship, and their legacy of love and encouragement will follow these students as they find their way in the world.