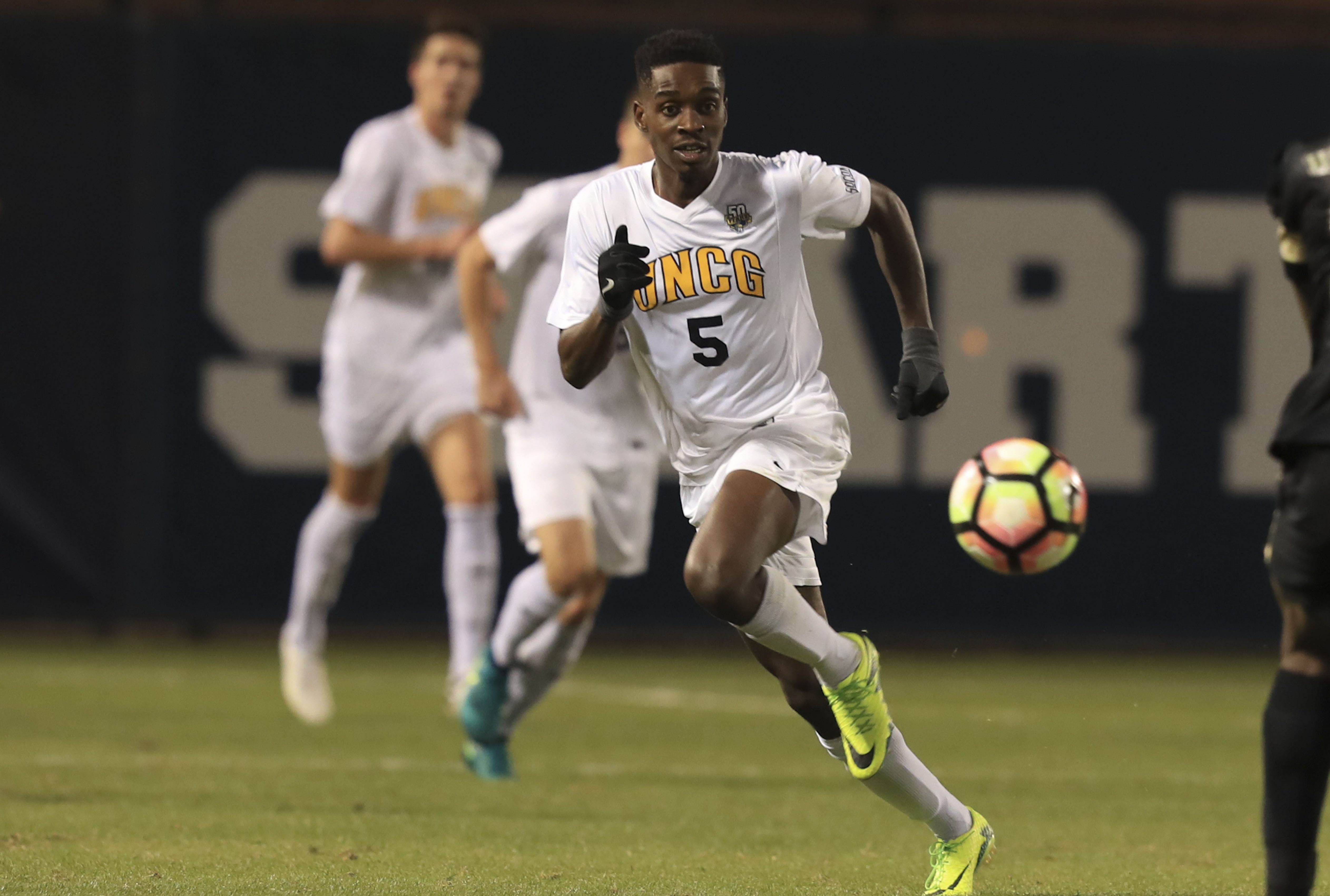 UNCG men’s soccer coaching staff spotted a standout in the crowd of more than 300 talented high school players at a 2015 soccer showcase in England. Upon returning home, they wasted no time in calling Leeroy Maguraushe and his parents: Would Leeroy be interested in coming to the States to play soccer at UNCG?

Turns out, Leeroy was. Getting him “across the pond” was a whirlwind of paperwork, but Leeroy arrived in time to make an indelible mark on UNCG’s 2015 men’s soccer team. In the season’s opening game, he scored the winning goal in a 1-0 double overtime Spartan victory at Virginia Tech. That year he was named Southern Conference Freshman of the Year, which was just the beginning of one of the most successful careers in program history. Leeroy played his final season in 2018 and was the second Spartan ever to be selected as an All-Southern Conference first-team selection four consecutive years.

Though he graduated in December with a degree in information systems and supply chain management, Leeroy’s immeasurable success at UNCG was not without struggles. Leaving his home and family was scary, and cultural differences between England and North Carolina were sometimes perplexing. He was on a 3.5-year academic track, which was a big challenge, given the time requirements of training and playing a team sport. Leeroy credits the support systems available to him at UNCG for making all the difference.

A vital component of Leeroy’s support was the George G. Hoyle and Kathleen A. Kelly Endowed Athletic Scholarship Fund, awarded to a member of the UNCG men’s soccer team who has demonstrated the ability to compete at a high level while sustaining exemplary academic performance. George Hoyle ’90 was a member of UNCG’s 1987 Men’s Soccer National Championship team. Named UNCG Young Alumni of the Year in 2007, George, along with his wife, Kathleen, is actively involved in advancing UNCG athletics through the Spartan Club and University boards and committees. The couple currently serve as co-chairs of the Spartan Athletics Campaign for Champions, along with Vanessa Carroll ’83.

Leeroy describes the Hoyle/Kelly Scholarship as “life-changing.” It allowed him to accomplish everything he wanted at UNCG: receive a quality education, play at the highest level of his sport, spend time honing his musical talents at the School of Music, and graduate in time for eligibility in the January 2019 Major League Soccer draft. Leeroy recently signed on as a midfielder for the USL Championship League’s San Antonio FC team in Texas.

His takeaway about his time at UNCG?

“Life is the most exciting opportunity we have. If you have the courage, determination, and hard work to pursue your dreams, anything is possible.”