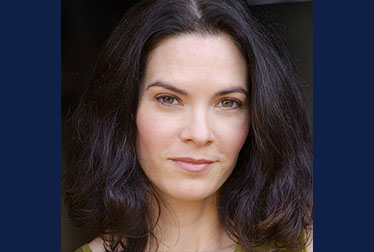 There’s nothing quite like that moment when you’re watching TV and recognize someone you know from UNC Greensboro’s School of Theatre.

Josie Marie Smith is no stranger to television, having appeared on “Gossip Girl,” “Celebrity Ghost Stories,” and “Mysteries of the Museum.” The UNCG School of Theatre’s reputation for excellence attracts students like Smith, who already have professional film and stage credits, to gain additional training. Smith’s MFA in acting program, which included performing at the UNCG Theatre Industry Showcase in NYC, was supported by the Mary Sheila Nassif Graduate Award.

Mary Sheila Nassif earned her bachelor’s degree and MFA in UNCG’s School of Theatre in the 1970s and subsequently enjoyed a versatile career spanning the arts, writing, and hospitality prior to her death in December 2006. Her mother, Mildred S. Nassif, established the award in Sheila’s honor. Well-known for her enthusiasm and love of all things theatre, Sheila Nassif inspired those around her — an ability Smith also shares.

“Josie’s work as an actress and student has inspired both her fellow MFA students as well as the undergraduates,” Assistant Professor Michael Flannery observed.

Her business savvy is apparent as Smith described the impact of the Nassif award:

“The Sheila Nassif Graduate Award has been so beneficial to me as a graduate student while working to get my master of fine arts in acting. It helped me with numerous expenses such as updating my professional head shots, going to New York City for the UNCG Industry Showcase, and paying for my yearly union dues and acting website memberships. The business aspect of acting can be very expensive. Because I had these extra finances, I was able to keep my business acting tools up to date while still meeting rent and bill expenses.”

“These past two years have had such an amazing impact on me. I have made so many wonderful new friends through theatre and have had teachers who inspired and nurtured me along the way, teachers whom I genuinely love and respect. The program has put me back in touch with my theatre roots, and I have had the opportunity to play several roles on stage that helped me to grow tremendously as an actor.”

Smith joins the cast of UNCG theatre alumni who pursue fulfilling careers in the arts. We’ll be watching for multiple moments when she appears on stage and screen!