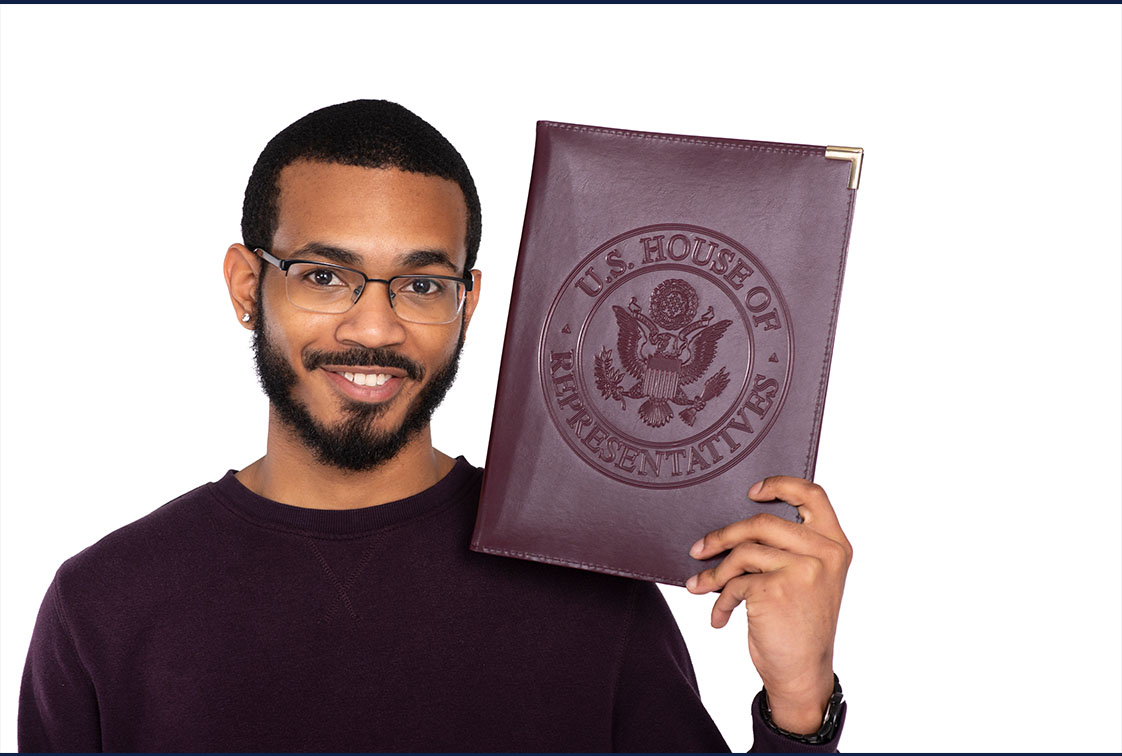 Jordan Lopez is one of the nation’s future leaders. Currently he is a junior at UNC Greensboro, majoring in political science with a concentration in pre-law. As one of the faces of the University’s Find Your Way Here campaign, Jordan declares his career aspiration is to become a U.S. senator, representing the State of North Carolina. He also asserts that UNCG is giving him the tools to get there.

“Being involved in student organizations at UNC Greensboro has helped me prepare,” said Jordan. “It’s definitely taught me how to communicate with people, even when they have different views, and see things from different perspectives. I have learned how to lead and inspire others to follow me, and that sometimes I have to follow others.”

Honing in on these skills, Jordan was recently appointed secretary of business affairs for the 96th session of the Student Government Association (SGA). He is also active as a peer academic leader and a member of the professional business fraternity Alpha Kappa Psi.  Moreover, he has previously served as an at-large senator for SGA and a resident advisor at Spartan Village.

Freeing up time for his extracurricular activities, Jordan has been fortunate to receive assistance by way of financial awards. He has received both the Albert and Roxie Perry McDougald Education Fund and the merit-based Katharine Smith Reynolds Scholarship.

“I think having this support has definitely aided my progress,” stated Jordan. “It helps me focus less on the finances behind my college education and more on my development and actual learning in the classroom.”

Coincidentally, Jordan’s scholarships also acknowledge some high achievers. Katharine Smith Reynolds studied languages, elocution, and civics at the State Normal and Industrial College (now UNCG), and she developed a legendary reputation for her work on social causes. On the other hand, Juanita McDougald Melchior, founder of the Albert and Roxie Perry McDougald Education Fund, earned distinction in the field of public education. She was the former director of teacher training for the State of North Carolina, and in 1966 she received UNCG’s Alumni Service Award.

Speaking directly to the donors of his scholarships, Jordan said, “I would just like to say thank you so much! Your generosity makes a huge difference in the lives of so many students.”