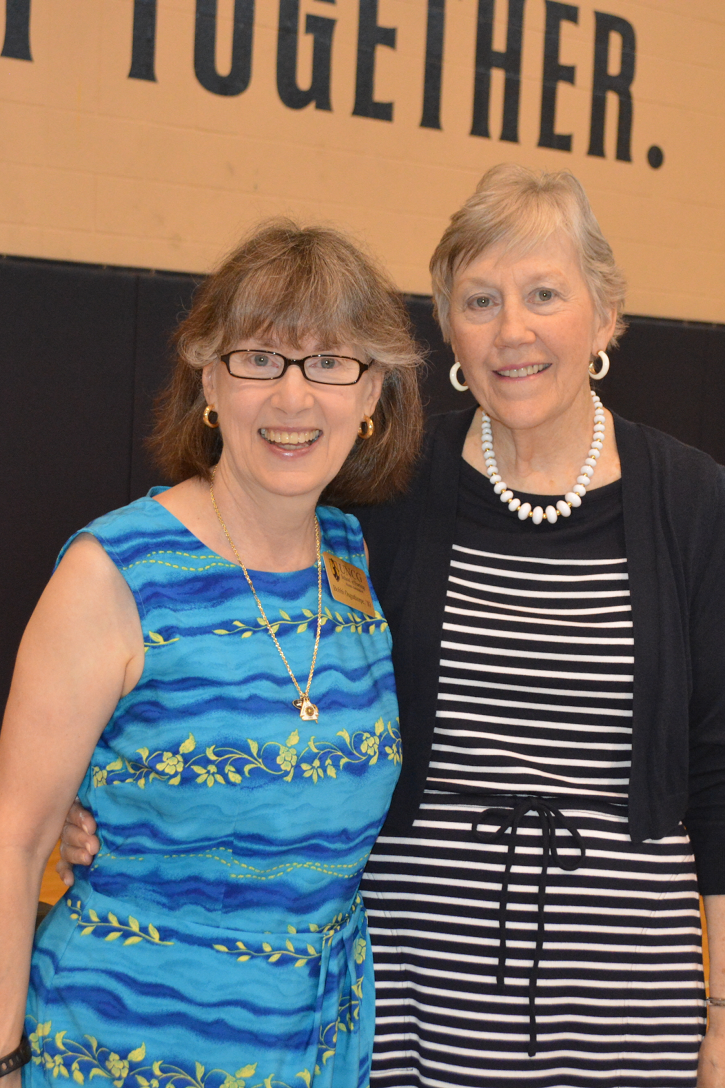 UNCG School of Nursing alumna Johanna Pearson Winchester ’80 BSN , ’90 MSN knows what it takes to become a nurse: foremost, an education. Jo’s scholarship advocacy and active leadership in the UNCG School of Nursing Alumni Association are informed by professional experience and conveyed by articulate communication, seasoned with an empathetic sense of humor.

Moved by her parents’ passion for education, Jo honored them with her fierce commitment to assisting students in the UNCG School of Nursing. In addition to her vital alumna work, she established The Drusilla Pearson Trull and William B. Pearson Memorial Scholarship.

Jo’s father, William B. Pearson, was the son of Swedish immigrants who expected to help the family by working in Pennsylvania steel mills upon finishing high school. Although both Pearson and his wife, Drusilla, hoped to pursue higher education, the Depression denied them both. They raised their three children with the conviction of providing them with college opportunities.

Growing up in the 1940s, Jo remembers childhood games that foreshadowed her destiny:

“As a young child, our neighborhood games reflected our country’s war situation as seen through the eyes of five, six and seven-year-olds…As the boys fought the ‘war,’ I brought them crackers, water, and bandaged their wounds. From then on, it was only a matter of making it from five years old until I could go into a nursing program at age 18. I cannot remember a time when I did not know I was ‘meant’ to be a nurse.”

Marriage to George Winchester brought Jo to Greensboro and UNCG, where she built on her foundation from Presbyterian University Hospital School of Nursing in Pittsburgh, earning her bachelor’s and master’s degrees in nursing. Jo’s UNCG mentors challenged her to fulfill her professional potential while she raised her children and worked. She became a critical care RN and Vice President of Nursing at Wesley Long Community Hospital.

In 2001, Jo retired but was no less active: She received UNCG’s Distinguished Alumni Award. Jo currently serves on the SON Advisory Board and led the effort to establish the SON Alumni Association Scholarship. She also volunteered for the United Way and Triad Health Project.

A meaningful memory for the Winchesters occurred when visiting a hospitalized friend: They noted the compassionate care of the attending nurse. Conversation revealed the nurse was a recipient of the scholarship Jo had established.

Although Jo’s parents’ educational opportunities were denied, their dreams were not. Their daughter fulfilled her potential and held close the family value of education, creating opportunities for tomorrow’s nurses by giving back.