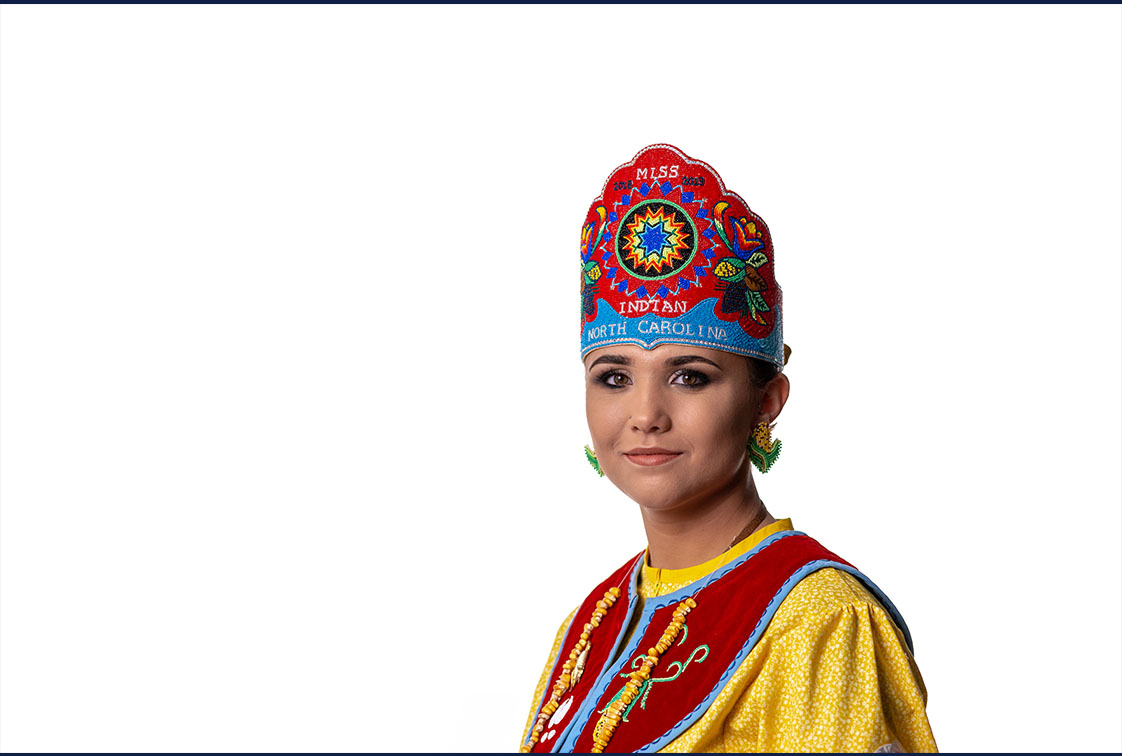 A proud member of the Lumbee tribe, Henrietta Raven Dial Stanley refuses to let her culture fade. Now a senior majoring in consumer, apparel, and retail studies, with a minor in new media and design, she advocates for native people through coursework as well as campus and community outreach.

“I knew if I wanted to make a change, I had to be a leader,” Raven explains.

Raven has always been a heritage leader. In high school, she was a member of the One Spirit Cultural Class and Dance Team and represented her people at local, regional, and national gatherings, including the United National Indian Tribal Youth Conference and the White House Tribal Youth Gathering in Washington, D.C. She knew, however, that she would need to further hone those leadership skills if she wanted to continue stewarding her culture.

“I was drawn to UNCG because they offered the major I wanted,” she says, “but my time here has let me become a voice for the Native American population on campus.”

Growing her voice may not have been possible for Raven without the help of another steward of heritage. Flora Oettinger Stern dedicated her adult life to Greensboro, especially its Jewish community. A member of Temple Emanuel, she helped establish a chapter of the Council of Jewish Women in 1920 and served as its second president. In Flora’s honor, her son, William A. Stern, and his sister-in-law, Katherine Goodman Stern, established the Flora Oettinger Stern Scholarship. Raven has received Flora’s scholarship each year for four years.

“I’m incredibly grateful to receive the Flora Oettinger Stern Scholarship,” Raven says. “There was a time when my people were prohibited from having an education, so I truly value the education I’m getting at UNCG.”

With graduation in sight, Raven plans to become an indigenous designer who uses apparel to tell the stories of her people. Harnessing fashion’s powerful influence, Raven could become a global steward of her heritage and tribe.