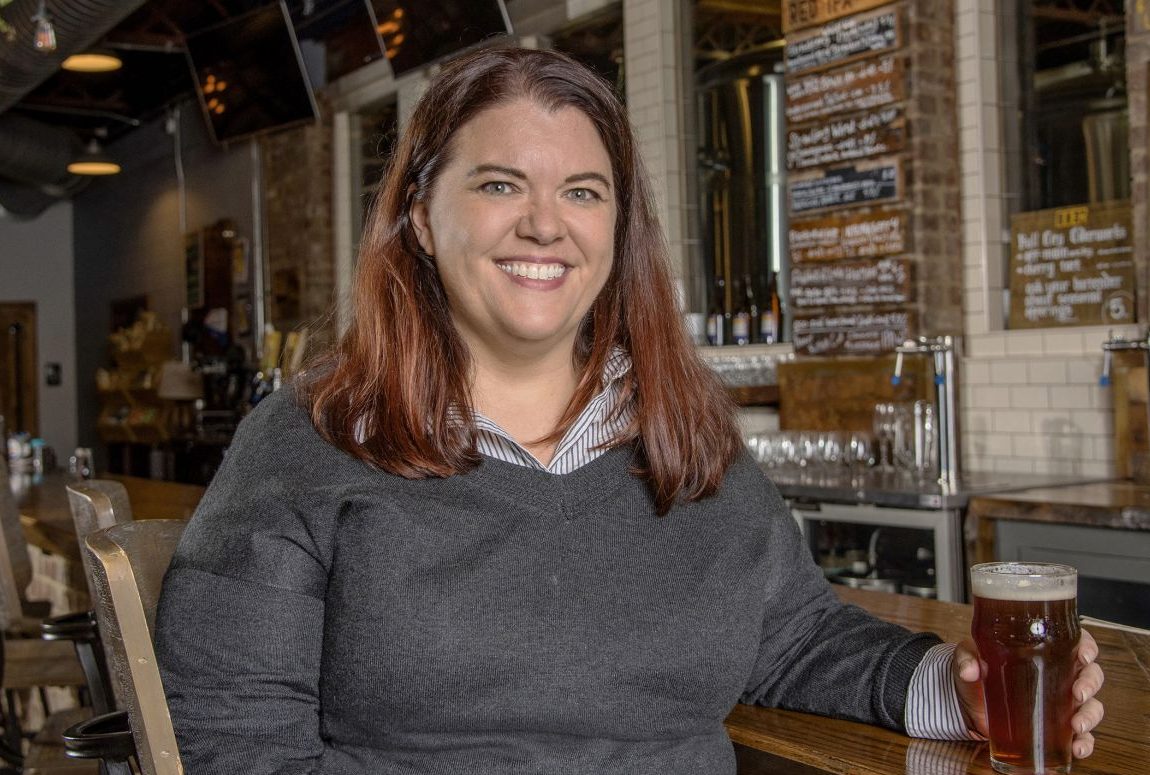 Inequality between men and women in the workplace has historically led to female contributions being overshadowed or outright discarded. Exploring one of North Carolina’s newer billion-dollar markets, UNC Greensboro Archivist and Associate Professor Erin Lawrimore highlights how the presumed absence of women in high-profit trades can paint a very inaccurate picture of how businesses have operated and are sustained. Using funds from her Faculty First Award, Lawrimore expanded research on female figures who have offered significant value to the State’s $2 billion-a-year, craft beer industry.

According to the NC Craft Brewers Guild — a not-for-profit comprised of brewers, vendors, retailers, and craft beer enthusiasts — North Carolina is home to more than 300 breweries and brewpubs, outnumbering every other state in the American South. In the fall of 2017, Lawrimore and her colleagues set out to methodically document the culture, business, and history of these establishments in a digital project called Well Crafted NC. Amidst their research, Lawrimore found recipes from women brewers dating back to the 1800s; this piqued her interest.

She decided to place more emphasis on female influences in her study, and with funds from her Faculty First Award, Lawrimore traveled across the state collecting oral interviews from 23 women brewers and brewery owners. She established a few emerging themes: First, Lawrimore found that many women have come to brewing from other traditionally male-dominated industries, such as construction and IT; second, most of the women have completed formal education programs; and third, they rely on a strong support network.

“Women are still fighting stereotypes. They have to have the formal training and work really hard to prove that they belong,” said Lawrimore. “But women have been brewing beer since beer was first produced, and they continue to play an important role in the craft beer industry today. By purposefully focusing on documenting the stories of women in the industry, we were able to ensure that the Well Crafted NC project includes stories of the women who are doing excellent work in the field, but who are sometimes left out of the larger narrative.”

As the craft beer industry continues to grow and play a major role in North Carolina’s economic market, Lawrimore intends for Well Crafted NC to be a snapshot (many years from now) of how this business came to be and the men and women who pushed it forward. Thanks to her Faculty First Award, that history will be documented more accurately.