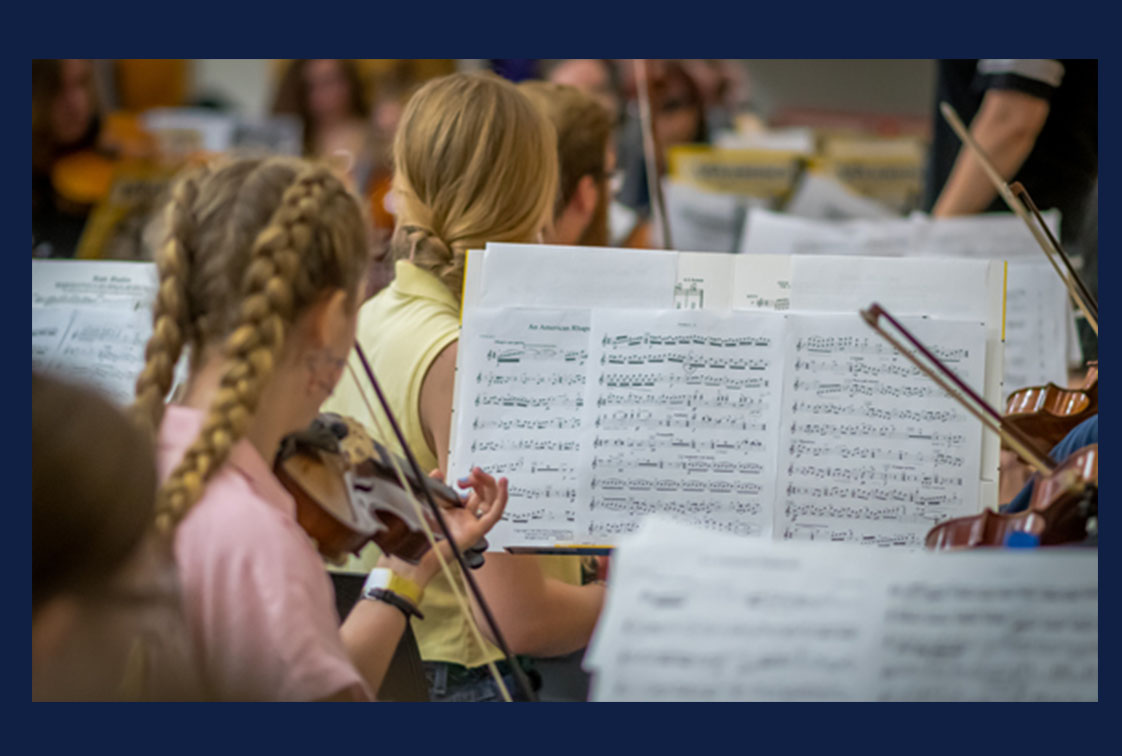 UNCG’s Summer Music Camp is a turning point. The two intense week-long exposures to some of the nation’s best music performers often convince campers to pursue a career in music – whether as a composer, conductor, educator, or performer. That was the experience for Emily Scotton ’06; the three summers she spent as a middle school camper left an indelible impression on her.

“The Summer Music Camp was definitely a huge factor in my decision to come to UNCG,” says Scotton, now director of bands for Eastern Randolph High School. “It was an opportunity that made an incredible difference.”

Scotton never forgot that difference. While she studied music education – with a focus on clarinet – at UNCG, Scotton volunteered with the camp, and after graduation, she continued to work for the camp.

“I’ve been part of this in one way or another for nearly 20 years,” reflects Scotton. “I worked as a counselor and rehearsal assistant for six years, and it was wonderful to see so many students progress so much.”

In recent years, Scotton has been part of the “MIA” office. With more than 2,000 students, a centralized office to track attendance, handle parent requests and approved absences, and respond to any injuries or illnesses is essential. Scotton produces daily newsletters that provide updates and schedules for campers and staff.

Scotton enjoys working in the MIA office, partly because she first met Dr. John Locke in such an office.

“I remember losing my dorm key while I was a camper,” she recalls. “Dr. Locke wasn’t mad, but I never lost it again!”

Scotton saw Locke much more after that: at her high school, on campus, and, of course, every summer at the camp.

“At first, I thought he was intimidating. But Dr. Locke was so dedicated and supportive. He always had time for you, and his hard work got running the camp down to a science.”

Scotton looks forward to the Summer Music Camp every year, even as she works with plenty of students of her own.

“It really is the best job I’ve ever had. It has such a significant impact on these kids, and I’m grateful to be a part of it.”