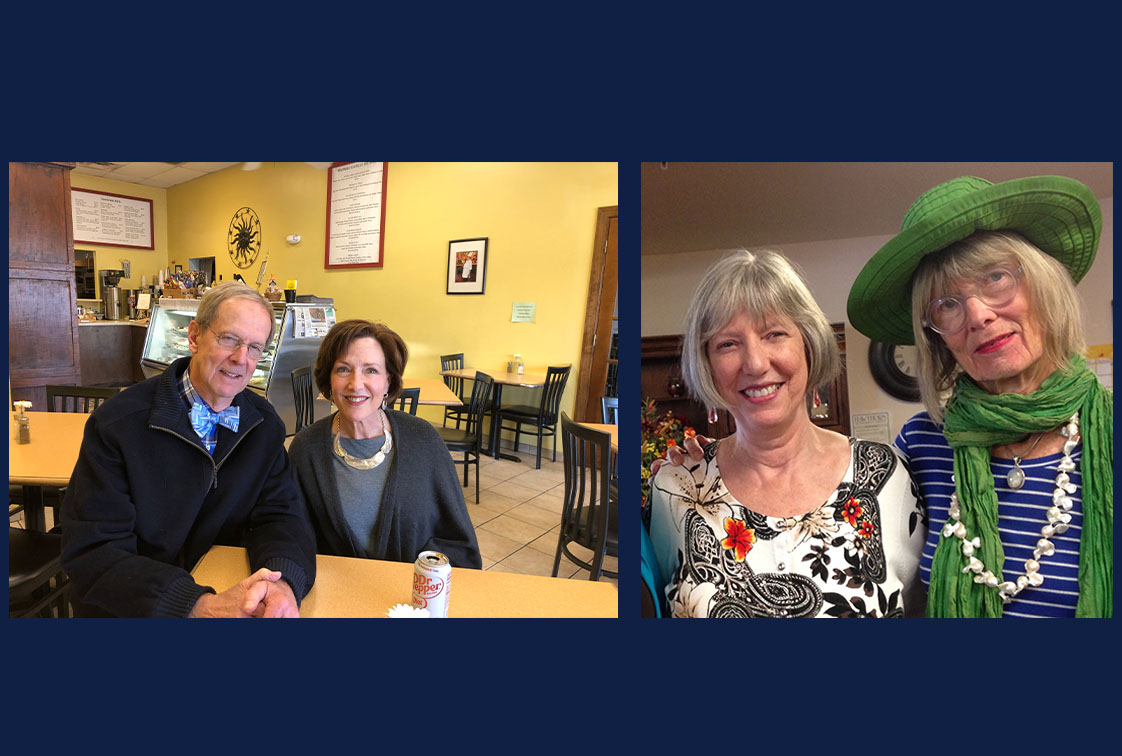 We never realize how much our mothers do. We never see the late nights and early mornings, the rearranging of their lives, the countless ways they impact ourselves and others. Siblings Dr. Joe Harmon and Diana Harmon Jackson learned in 2014 about the tremendous impact their mother had on one woman.

Judy Arnette ’71 loved learning. Growing up in Greensboro, she discovered at a young age that she had a natural aptitude and passion for knowledge. While supporting her working-class family, she delved into every school assignment and project. But she never thought college would be possible – until Virginia Donaldson Harmon intervened. One of Judy’s teachers at Ben L. Smith High School, Virginia recognized Judy’s talent and encouraged her to push harder and further. She went so far as to march Judy down to the guidance office and help her complete the admissions application for The University of North Carolina Greensboro. With Virginia’s help, Judy secured enough scholarship support to fund all four years of her college education, graduating with a bachelor’s degree in Latin and then later completing a master’s degree in French.

“Mrs. Harmon knew her students,” says Judy. “She had so much empathy for them and their situation and supported them in any way she could.”

How could Virginia Donaldson Harmon not, what with her own love of education? An only child from Morristown, Tennessee, she purchased and learned to drive a Model T Ford so she could attend Ward-Belmont College in Knoxville. Deeply invested in sharing her love of knowledge, she taught in Atlanta, Georgia, before moving with her husband and children to Greensboro, where she taught English and Latin for more than 30 years. In retirement, she continued to volunteer with local schools, particularly as a storyteller of classical myths. Virginia completed a second bachelor’s degree at UNC Greensboro in 1984.

“She taught for so many years, it is impossible to imagine how many students she encouraged to pursue their dreams.”

To honor her beloved teacher and mentor, Judy established the Virginia Donaldson Harmon Scholarship in Education. Designed to inspire and assist motivated students dedicated to education, the scholarship has already supported four students at UNCG’s School of Education.

It wasn’t until Judy Arnette’s gesture of gratitude that Virginia Harmon’s children learned about the tremendous impact their mother had on her students.

“It was a side of our mother we never knew,” says Joe. “We’re incredibly grateful to Judy for unveiling this side of her to us.”

Joe and Diana have both contributed to the Virginia Donaldson Harmon Scholarship, ensuring that every year a student will train to become a teacher in their mother’s memory.

“My brother and I know how much of a difference a teacher can make,” says Diana. “We’re so proud to be part of remembering our mother and her profound impact on countless lives.”