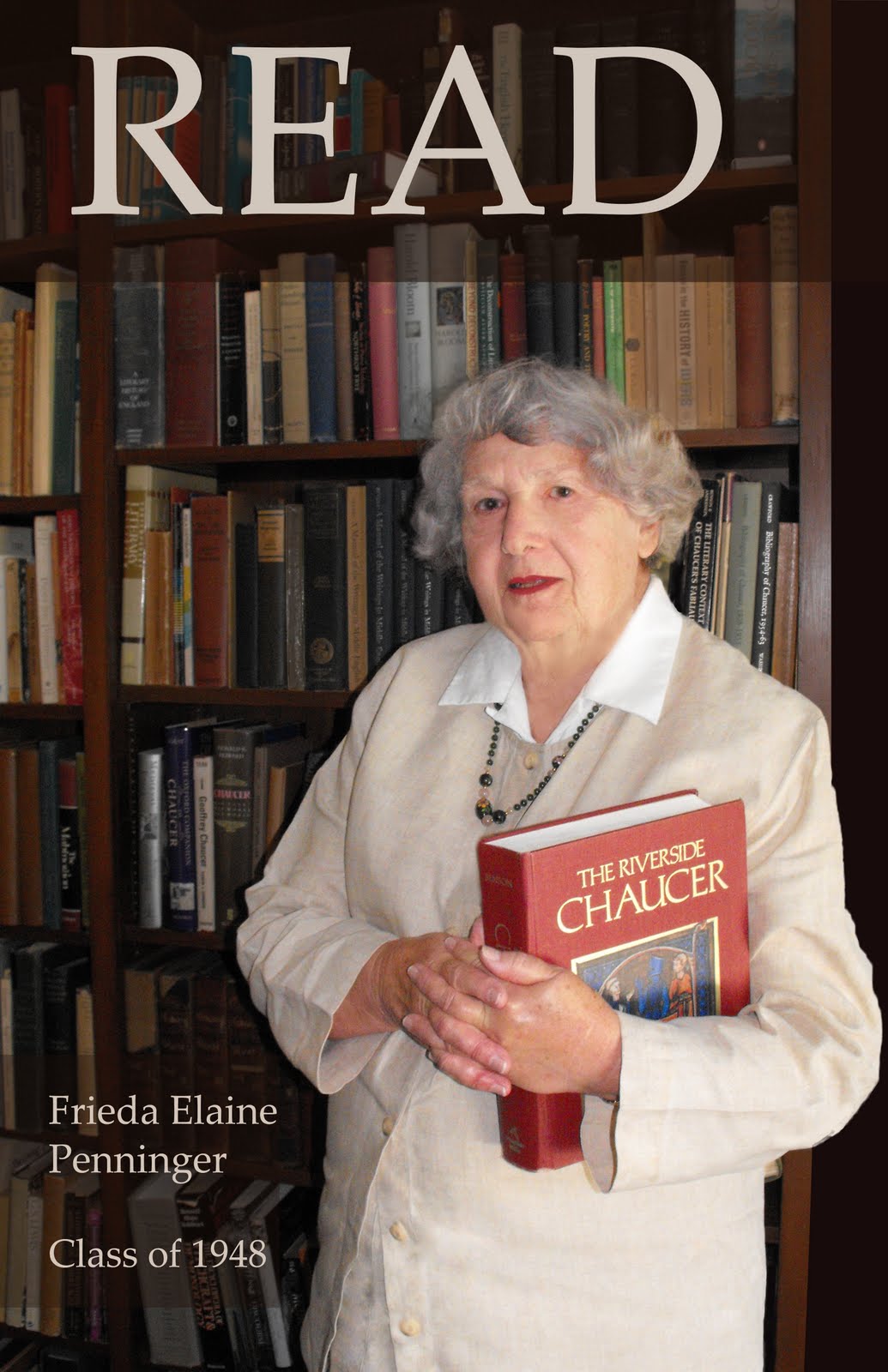 It takes a brilliant, bold woman to immerse herself in medieval English literature. Dr. Frieda Elaine Penninger, a 1948 graduate of Woman’s College, found inspiration in Geoffrey Chaucer’s writing. Her own tale includes membership in Phi Beta Kappa and the first class of WC honors students. After graduation and a brief stint at Winston-Salem radio as a copywriter, Penninger earned master’s and doctorate degrees at Duke, forged an illustrious career in higher education, and penned published works. Unsurprisingly, she is a stalwart supporter of the UNCG Libraries, generously funding the purchase of printed materials.

Penninger taught English at the University of Tennessee and, most notably, at the University of Richmond, where she was named the Bostwick Professor of English, retiring in 1991. She returned to Greensboro and became an active member of Friends of the UNCG Libraries and First Presbyterian Church. Penninger’s literary pilgrimage culminates in The Frieda Elaine Penninger Endowed Fund for the Walter Clinton Jackson Library, a testamentary gift intended to provide funds for the purchase of print materials in support of teaching, scholarship, and research. The most prestigious purchase to date is a reproduction of the Vernon Manuscript, the largest and most important single collection of medieval English religious verse and prose, the original of which is in the Bodleian Library at the University of Oxford, England.

Listed in “Who’s Who in America,” Penninger is a Southeastern Institute of Medieval and Renaissance Studies Fellow, and an accomplished editor and author. In 2011 the Service Desk in Jackson Library/EUC Connector was named in her honor. This named Jackson Library space is fitting for one who doubtless spent sacred time among the stacks and chose to multiply them.

Although this witty intellectual is well-acquainted with a variety of institutions of higher learning, UNCG holds her highest affection. Penninger’s WC years were meaningful and memorable—preparing her well for further study along the road to Canterbury.