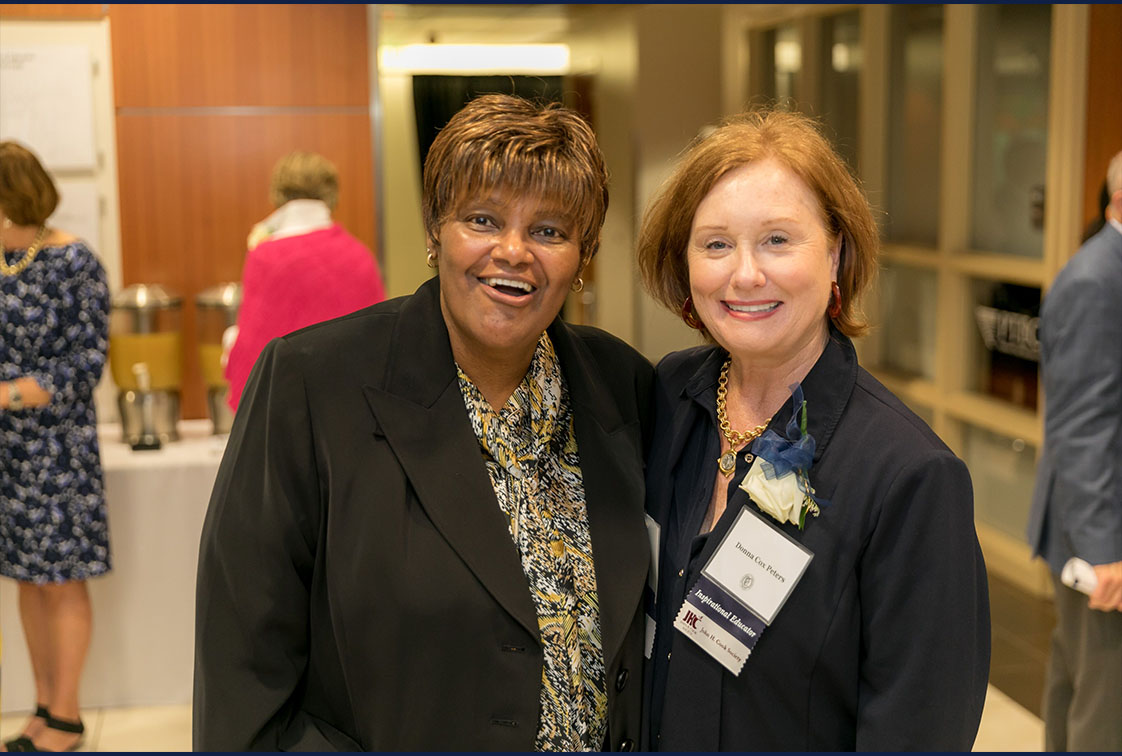 “Highly effective, risk-taking women principals” was the description Donna Cox Peters ’80 MS, ’99 PhD put forth while seeking subjects for her dissertation in the late ’90s. Professional referrals led Donna to Deborah E. Jones (DJ) ’75, ’82 MED, ’97 PhD, a familiar colleague who would evolve into a lifelong inspiration.

Despite their overlapping years of study at UNC Greensboro, Donna and DJ met as fellow principals in Guilford County. Being that Donna was pursuing her doctorate at the time, she scoped DJ’s leadership tactics — around which she would later form a case study. Donna shadowed DJ for several days and interviewed teachers and families with whom DJ had worked.

“I saw firsthand the influence she was having on a community impacted by poverty and a community that desperately needed a leader such as DJ,” said Donna. “She provided hope where there had been little hope. She had high expectations for every student, staff member, and parent, in spite of the low expectations others had for the community… DJ was an inspiration to me and provided a model of leadership to which I aspired.”

DJ has spent more than 40 years as a role model in the field of education, enhancing institutions and producing positive outcomes for at-risk pupils and their families.  She is a veteran at composing school improvement plans, developing skillful staff, and implementing performance strategies. In an effort to share her wisdom, DJ became the owner of Educational Leadership Consulting LLC. in 2005— a company that provides coaching and consulting services, as well as workshops, to more than 40 school districts across the nation. Her organization covers everything from school reform and leadership practices to classroom management and student discipline.

Donna has watched DJ’s progression with admiration for more than 25 years as the two have fulfilled intertwining career paths. They partnered at Sandhills Leadership Academy, teamed up in UNCG’s Principal Preparation for Excellence and Equity in Rural Schools (PPEERS) program, and currently sit together on UNCG’s School of Education Advisory Board. To honor all the accomplishments she has witnessed, Donna named DJ an Inspirational Educator.

“It is my pleasure to nominate Dr. Deborah Jones for the inaugural UNCG Inspirational Educators Award,” stated Donna. “DJ’s career and her contributions for so many years deserve to be honored, without a doubt. She’s an esteemed graduate of UNCG who has always been proud of her degree, and she’s done so much with it. I felt she must be recognized with this first group of Inspirational Educators.”