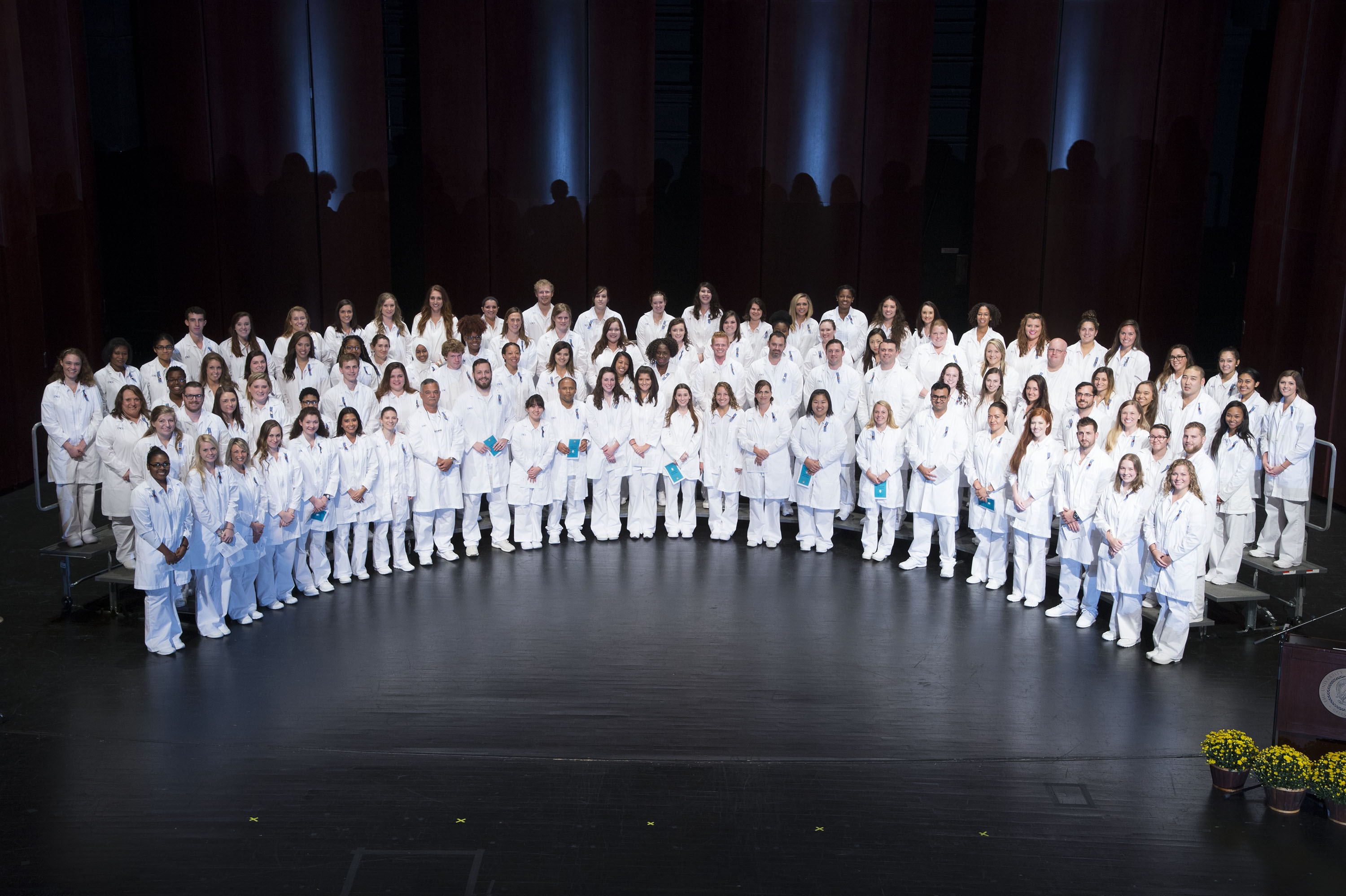 What creates a commitment to giving?

“You do it because you love the community,” reflected Don Brady, Triad businessman.

His wife and philanthropic partner, Mary Gay Brady ’86, says people help each other based on their own experience. An instinct to honor people and place is fostered by family, mentors, and personal connections, engendering generosity and civic engagement.

Don’s mother, Betty McGowan Brady, provided an example of courage and compassion as a nurse and family care-giver. Enduring the loss of her father, who was swept off his horse by raging river waters as he attempted to rescue cows near their home in Saskatchewan, Canada, a teenaged Betty McGowan assisted her mother in selling the family cattle farm and relocating to Ontario, Canada. At age 16, Betty enrolled in McGill University and graduated as a registered nurse in 1919. She was offered a job in Niagara Falls, New York, where she met and married Joseph Montgomery Brady. Later, her mother, requiring Betty’s care, joined the Brady household, which included two sons, Richard and Don. Betty survived her husband’s death in 1955 and moved to Greensboro a decade later, where she succumbed to ALS in 1966.

Generosity made an impression on young Don Brady when he received a scholarship to attend the University of Rochester. He earned his bachelor’s degree in mechanical engineering, served in the U.S. Army, and moved to Greensboro, where he founded Brady Trane Service, Inc. in 1962. His successful business paradigm included recognizing veterans’ civilian capabilities: Don was named the 2018 AMVETS Veteran Friendly Employer of the Year for North Carolina and received the Freedom Award from the American Heroes for North Carolina in Fall 2018.

Mary Gay earned her BFA in art at UNCG, her second undergraduate degree. The Bradys have actively supported her alma mater through committee work and dynamic leadership, including renovating campus buildings and promoting activities in the College of Visual and Performing Arts, the Weatherspoon Art Museum, Spartan Athletics, and the Bryan School of Business and Economics (BSBE). They established an excellence fund honoring former BSBE dean, James Weeks.

The Bradys’ daughter, Mary Kate Brady Farley ’90, and her husband, Daniel Joseph Farley ’90, are also alumni. Paul, their teenaged son, recently received a diabetes type-one diagnosis; emulating his grandparents’ philanthropic commitment, Paul joins a legacy of helping others by speaking publicly about diabetes, motivating research funding. He may even pursue nursing, like his great-grandmother.

The Brady tradition of giving endures through successive generations, strengthened by family and community connections. Empowered by The Betty McGowan Brady Scholarship Endowment, future nurses honor one of their own as they commit to a career of compassion and giving.