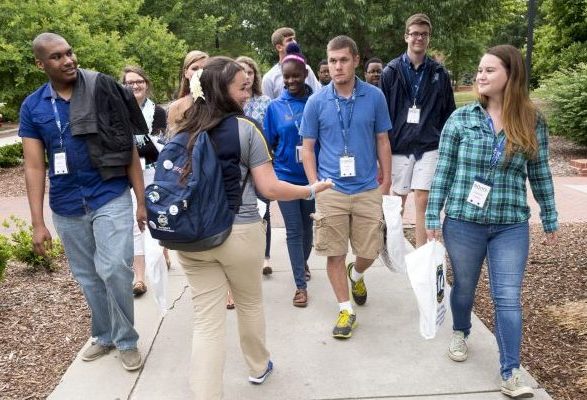 The WC graduates of 1947 greeted a world struggling to heal and reinvent itself. The aftermath of WWII – including the reorganization of Europe and Nazi war crimes persecution trials – was dominant. Amidst the war wounds, however, a renewed respect for humanity emerged; Gandhi engaged in peaceful protests in India, Japan formed a constitutional democracy, and the NAACP presented W.E.B. DuBois’ petition on racism, “An Appeal to the World,” to a newly-formed United Nations. The world endeavored to embrace peace, despite the tensions of “Cold War,” a term coined by Bernard Baruch that year. The Allies’ bond was reinforced through the Marshall Plan to help rebuild Europe, and the Truman Doctrine, designed to contain Soviet expansion, confirmed the United States’ leadership as a strong world power. The recognition of collaboration as a key to progress was inevitably impressed upon the Class of ‘47.

During their college years, these WC students witnessed global war and subsequent peaceful prosperity. Walter Clinton Jackson succeeded Julius Foust and was the first to hold the title of chancellor of Woman’s College of the University of North Carolina in 1945. Jackson’s teaching background was consistent with the emphasis on teacher preparation at WC; he was initially a history professor and department chair. He continued to accrue higher education experience at WC and UNC Chapel Hill through positions in the social sciences and public administration, attaining honorary degrees from Mercer University, Bennett College, and WC. Jackson Library was named after him and still functions proudly on UNCG campus.

In recognition of the strength of the education they received at WC, the Class of ‘47 chose to celebrate their 50th anniversary (1997) by establishing a Freshman Enrichment Fund to provide for programs designed to enhance the UNCG undergraduate experience. The Class of ‘47 Freshman Enrichment Fund facilitates co-curricular activities outside of class, including travel to museums, exhibits, or other special events. Support for faculty teaching methods that enhance freshman instruction is also within the purview of this fund, including curriculum development and experiential education. These 1947 graduates support opportunities for UNCG freshmen to engage in innovative educational experiences that enrich and inspire students, providing a strong foundation for continued success.