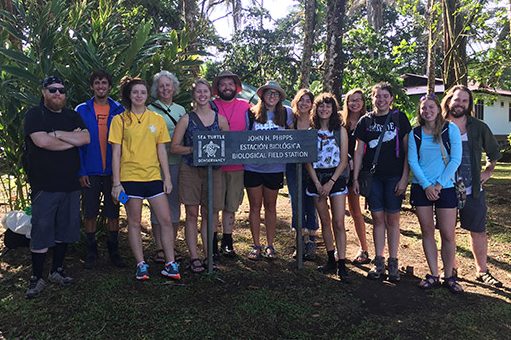 The 1934 graduates of Woman’s College of the University of North Carolina left the security of their academic home to enter a world in turmoil. The Great Depression dominated the economic landscape of the United States; dictators Hitler and Stalin were on the rise in Europe. Looking back on the instability into which they were thrust at graduation, the Class of ‘34 had a poignant perspective regarding the necessity of a culturally diverse, global outlook, and a profound appreciation for the academic and humanitarian foundation provided by their WC experience.

They graduated the same year that Julius Isaac Foust retired. The second president of WC, Foust succeeded Charles Duncan McIver, who established and initially developed the State Normal and Industrial School for Girls. Under Foust’s strong leadership, the institution was a haven of growth and prosperity in an uncertain world. It more than tripled in student enrollment, and exceeded 13 times its monetary physical plant value during Foust’s term. Improvements in faculty and curricula earned the newly renamed Woman’s College accreditation from the Southern Association of Schools and Colleges, and the establishment of a Phi Beta Kappa chapter.

Alumnae in the Class of ‘34 celebrated their 50th graduation anniversary (1984) by establishing the 1934 Educational Endowment Fund “to promote peace and international understanding through academic exchange.” As funds became available from this endowment, Class of ‘34 “Summer Scholars” received awards to study abroad. Some grants were also available to assist foreign students at UNCG with their expenses, and to expand the collection of materials concerning international study at the University Library.

The alumnae of the Class of ‘34 found a way to leave the world better than they found it, promoting global understanding through the facilitation of study abroad.