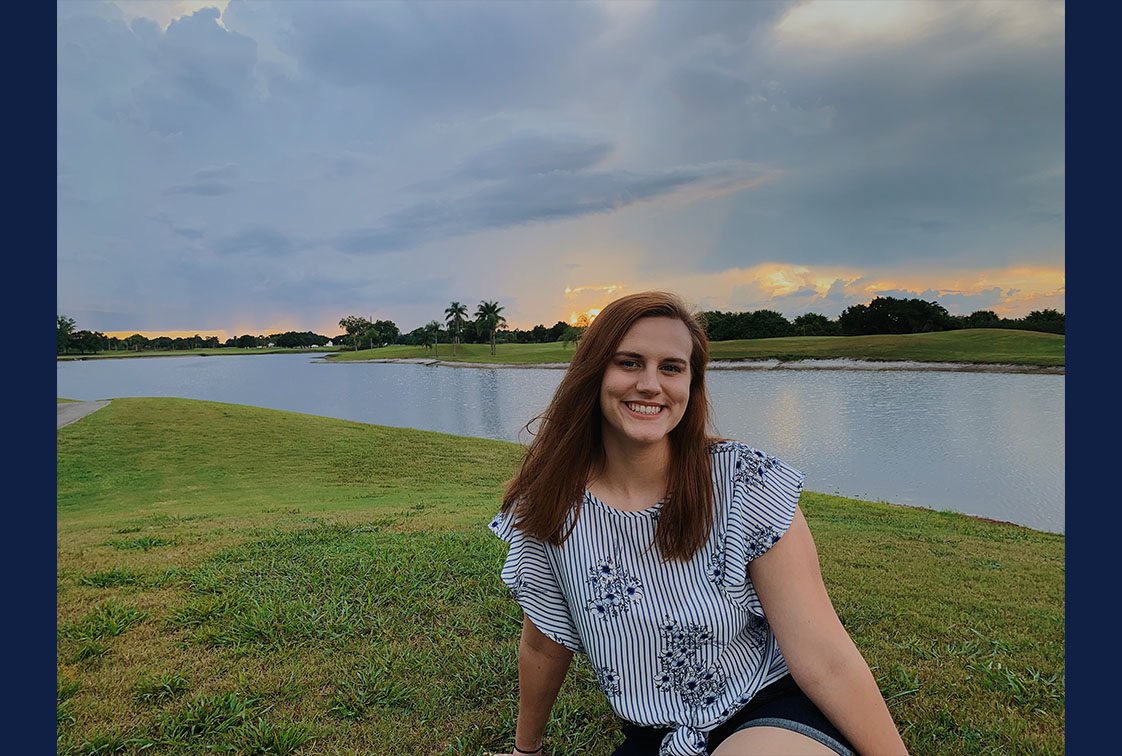 Bakersville is hard to locate on the North Carolina map. Sitting just outside Tennessee, this rural town totals less than one square mile and claims a population of fewer than 500 people. But, being it was hometown to late alumna Helen McBee ’29, residents from this area are privileged to UNC Greensboro’s Helen McBee Scholarship.

Such is the case for Caeley Mayo, a third-year theatre major at the University.

“Many people have said that going to Bakersville is like stepping decades into the past, and it’s very true!” said Caeley. “But one of my favorite things about Bakersville is the scenery. We have Roan Mountain and the Blue Ridge Parkway practically in our backyard, and the beautiful rhododendrons that inspire the yearly Rhododendron Festival.”

It is a view that Caeley admits she misses at times, though her successes at UNCG indicate no signs of homesickness. Currently, she is the student coordinator for the North Carolina Young  Playwrights Festival. A collaboration between UNCG’s theatre department and the North Carolina Theatre Arts Educators, the festival entails an annual play-writing contest for students (K-12) from around the state. Five plays are selected and subsequently performed by UNCG theatre students at Triad Stage in Greensboro. Caeley has the honor of helping to cast the individual shows, create the program, and schedule and assign positions to the theatre education majors.

“This position has been one of my favorite experiences since beginning college,” stated Caeley. “It’s a beautiful and exciting day for these young playwrights, and it’s great to see them so excited about this event.”

With an end goal of teaching theatre, Caeley has already built an impressive resume for an undergraduate. She is also a member of Alpha Psi Omega, a national theatre honor society, and she has been a head instructor with the community program Short Tales — a setup in which children from Guilford County can contribute to short plays directed by students.

However, there was a time she was unsure if she would go to college, as a lack of resources thwarted her initial plans to study out of state. Luckily, a theatre teacher from her high school informed her of UNCG’s theatre education program.

“When I got here for SOAR [Spartan Orientation, Advising & Registration], I was very nervous; I had already applied so late, and I was worried that I wouldn’t be able to get financial aid,” said Caeley. “My mom and I went to the financial aid office, and the person who helped us was so, so kind. She looked over my account and found these scholarships that I qualified for. It’s because of those scholarships that I am able to be here at UNCG, and I am incredibly grateful.”

One of those scholarships was the Helen McBee Scholarship. Suitably it recognized both Caeley’s Bakersville roots and her UNCG future.