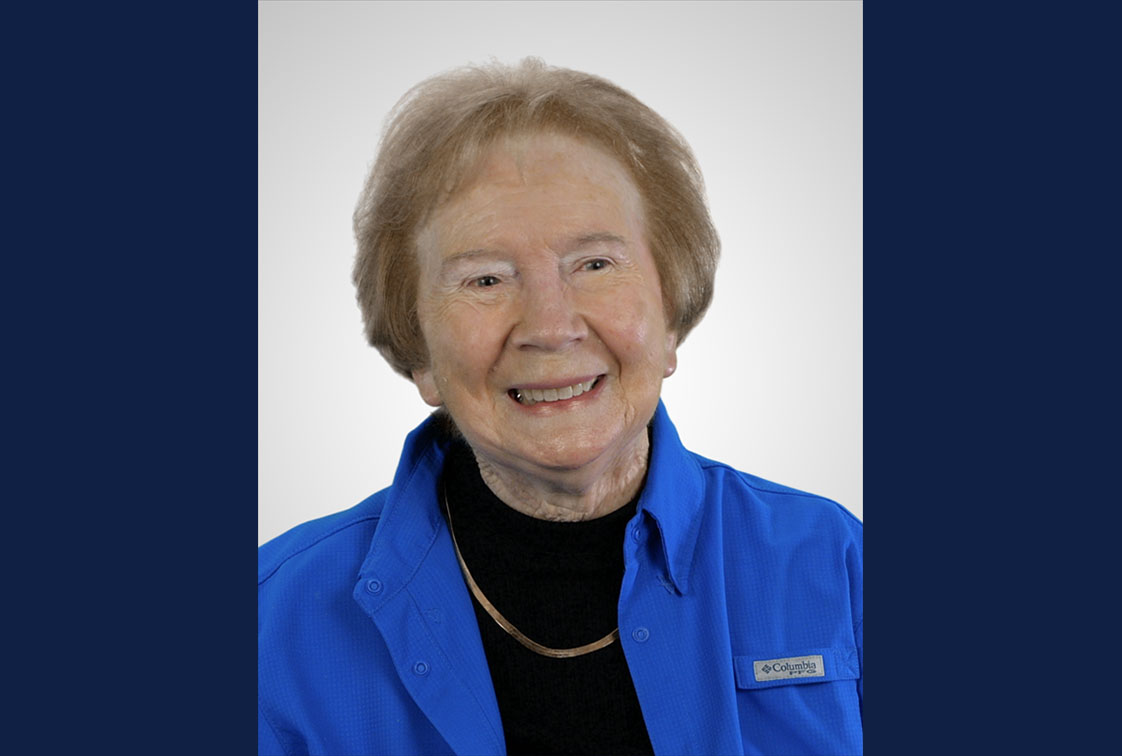 Studying abroad seems like an obvious choice for many undergraduate students. The opportunity to travel promises new experiences, increased resilience, and greater independence for these young adults. It is an opportunity Dr. Betty M. Flinchum ’57, ’63 MED wants students around the world to take advantage of.

When she graduated from Woman’s College in 1957 and again in 1962, Betty had already experienced the incredible adventure of studying abroad. She greatly valued the time she spent as an exchange scholar in England from 1959-60 and had a deep appreciation for global connection and education. So when she joined the University of North Florida (UNF) as a founding faculty member, Betty eagerly joined the effort to build a university.

“I went to UNF because it was an opportunity to develop a new university and an interesting challenge in teacher education,” she remembers.

In 1974, Betty organized and directed UNF’s first study abroad opportunities in the College of Education and Human Services. In 1985 she was appointed director of the Center for International Education. Under her direction, UNF developed a robust international exchange program, with the international student population increasing to nearly 500 students from 100 countries. Betty also established critical relationships between UNF and universities in Europe, Africa, South America, and Central America.

It is her work with Belize, however, that may be Betty’s greatest achievement. Through affiliation programs – including a Belizean master’s of education program and the Consortium for Belize Educational Cooperation – Betty has helped produce more than 500 UNF graduates who now live and work in the developing country. Her incredible dedication led to her receiving the Order of Distinction Award from the Belizean government; she is the first non-Belizean citizen to receive the honor.

“My education at Woman’s College provided the cornerstone of my life … During the foundation of learning and experience, and the guidance and support of caring, scholarly professors, I gained everything I needed to stretch my abilities and gain national and international prominence in my career.”

In 2019, in recognition of her extraordinary service to global education and connection, Betty was awarded UNCG’s WC Legacy Award. The Legacy award recognizes alumni who embody the characteristics important to the WC era, including service and social or political activism.