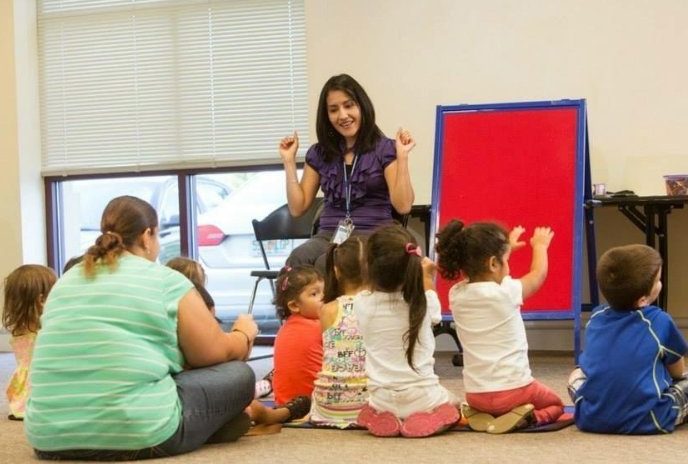 Beatriz Guevara MLIS ’10 is the award-winning Library Manager at the Scaleybark Branch of the Charlotte Mecklenburg Library. If you think she fits the stereotype of the bookish, bespectacled librarian, think again.

About 13 years old when she came to the U.S., Guevara knew almost no English. But she loved school, the library in particular, where she met a bilingual librarian who encouraged her to read books that challenged her abilities. It was from those books that Guevara learned English.

Language was one of many challenges Guevara faced as a member of an immigrant family, but she persevered and found a scholarship that paid for her first semester in college. She needed a job and started working at a local library.

Guevara received her BA at UNC Charlotte, aspiring to become a teacher. She soon realized a traditional classroom was not for her—it was her work at the library that ignited her passion. A master’s degree in library and information sciences brought her to UNCG, where she was a two-year scholarship recipient. She focused her studies primarily on Spanish-speaking minority populations and began her work developing bilingual programing at the Charlotte Mecklenburg Library in 2011.

To educate Charlotte’s Latino population about the resources libraries offer, Guevara took the library outside the building and into the community. A well-known presence at local schools, churches, health fairs, and festivals, she also posts flyers, publishes in Spanish-language newspapers, and speaks on local radio stations to inform underserved communities about life-changing programs available to Latinos at no cost.

Last year Scaleybark Library served more than 12,000 program participants with a staff of 10 and a 5,000 square-foot building. Guevara attributes her success to finding out what people need and meeting those needs. Her workshops have helped Latinos apply for college, learn computer skills, access online resources, write resumes, and fill out job applications. The Latino Services Team she created recruit volunteers and tutors to provide quality, culturally-relevant programs and events. Introduced in 2011, Guevera’s Spanish-language story-times brought in more than 500 children and their parents over the course of its inaugural year, teaching family literacy skills that foster success in life.

Guevara transforms lives and serves as an exemplar for Charlotte’s Latino youth. In 2017, she received the Roundtable for Ethnic Minority Concerns (REMCo) Public Library Roadbuilder’s Award for ethnic minority librarians who are pioneers in librarianship and community role models. Guevera has also served as president of REFORMA, a national professional association which promotes library and information services to Latinos and the Spanish-speaking. She continues to contribute to the organization by providing mentoring and guidance to members who reach out for assistance with projects or collection development requests.

According to Guevara, librarians really want people to succeed and get ahead in life. She believes everyone needs a role model, mentor, or someone who can simply offer help. She is all those and more, and she credits one school librarian who encouraged her.