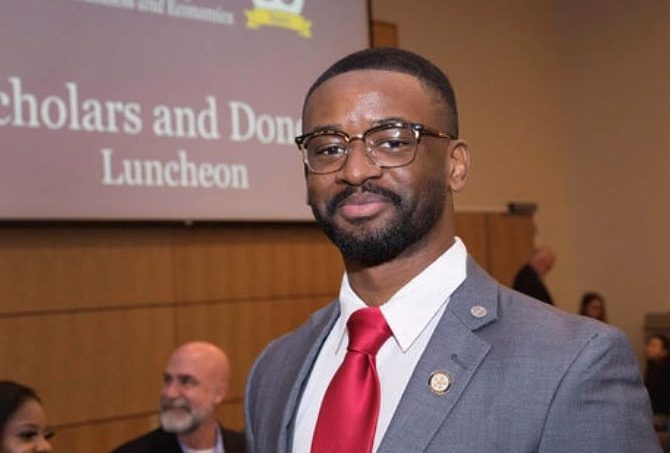 At the young age of 15, António Maiato ’19 found himself alone in a new country. His parents had sent him from Angola to America to increase his educational opportunities and introduce him to a new culture. He would complete a high school military academy and one year at Hampden-Sydney College before discovering a home away from home at UNC Greensboro.

“I chose to come to UNCG because of the cultural diversity that it offers, as well as its extraordinary business program at the Bryan School of Business and Economics,” stated António. “As an entrepreneurial person, I thought the finance major at UNCG would be a terrific asset to have.”

Once he arrived, António discovered the University had much more to give. In addition to finding peers from all over the world, he fell in love with the bounty of resources and beauty of the campus. It was a stark contrast to any other institution he’d known, especially those in his native country.

“I enjoyed the campus so much that I would drive around it on the weekends just to appreciate it,” said António. “People here are more social and more friendly than in Angola. And teachers are more open to helping students learn.”

The U.S. Department of Commerce has reported that a lack of qualified teachers, overburdened classrooms, and outdated learning material are critical factors hindering the quality of Angola’s educational services. With nearly 66 percent of the country’s population being under the age of 24, the department also contends that the demand for education is exceeding the local supply.

Understanding that several areas outside the U.S. often face challenges in their education systems, Jennifer Reinhardt Lynch established the Daniel A. Lynch International Study Fund at UNCG to support students from developing countries. This fund was a significant resource for António, and it has also assisted four students from Botswana, two from South Africa, two from Libya, and one from Nigeria.

“I am very grateful for being selected for such a great opportunity,” stated António. “I cannot thank Mr. and Mrs. Lynch enough.”

Having recently graduated from UNCG, António is currently focused on building a successful company with the vision of taking it public. In November he co-founded a start-up social networking app called Ksocial, designed to help people get healthier and make friends and money through fitness. In the long run, he hopes to own a commercial bank and have a publicly traded company listed on the New York Stock Exchange.

With his education from UNCG, the possibilities are endless.