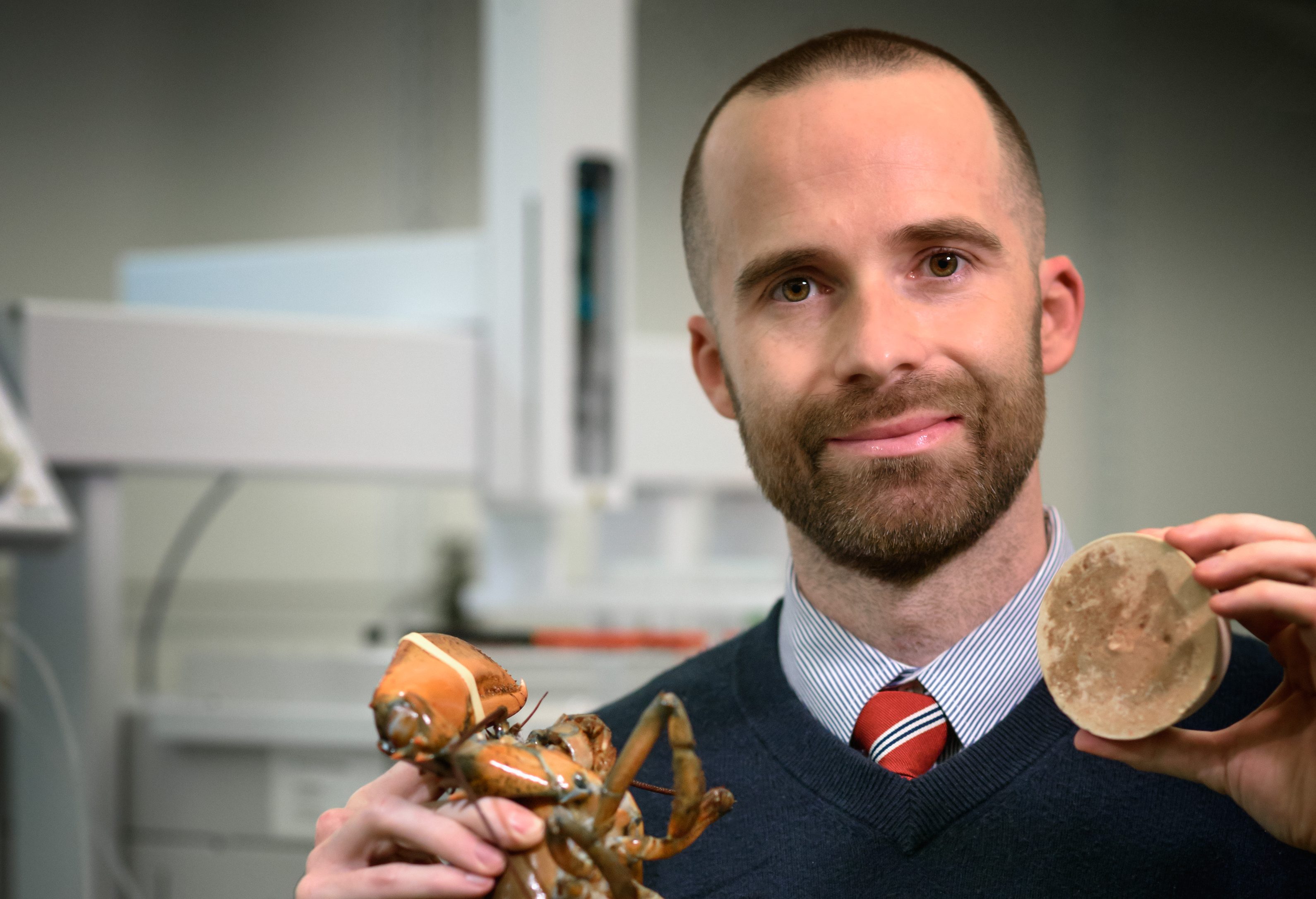 In a complete ecosystem, every creature is important.

Anthony Dellinger ’15 PhD knows that forage fish play a crucial role in marine ecosystems, cleaning plankton, and algae from the waters and serving as food for larger fish species, marine mammals, and seabirds.

For centuries forage fish have been used as bait for crab and lobster fishing, but they are not an unlimited or sustainable resource. Their disappearance would disrupt marine ecosystems and could even threaten human food supplies. With a watchful eye on the health of the ocean and its inhabitants, Dellinger, now president of Kepley Biosystems, is working toward a solution.

He had always been interested in sustainability and building a sustainable life. He’s also always liked a challenge.

“Challenge – that feeling is very unique,” Dellinger says. “That’s what inspires me—creating something for the first time and when that creation is an important solution for the public good, it makes it even more worthwhile.”

While earning his doctorate at the Joint School of Nanoscience and Nanoengineering, he found the ability to work in multidisciplinary fields; his professors were chemists, biologists, and material scientists, who mentored him and fueled his drive to create something for the first time.

“It really gets you out of your comfort zone, situations that force you to think with different spokes, and not just through one discipline,” he says.

And he not only received mentorship in science but also in entrepreneurship. He learned about securing funding, business development, and patent creation.

With access to high quality equipment, inspiring mentors, and motivated peers, Dellinger created OrganoBait™, a sustainable, environmentally neutral replacement for bait fish for use in commercial lobster and crab fishing. His invention earned him the UNCG Jerry McGuire Student Entrepreneur Award, and it is now the headlining product for Kepley Biosystems, based in Greensboro and named after Dellinger’s former professor and the company’s co-founder, Dr. Chris Kepley.

While studying at JSNN, Dellinger received several scholarships, including the Lula McIver Graduate Scholarship, an anonymous scholarship created in honor of UNCG’s first president’s wife. The support made tremendous difference for Dellinger as a student and an inventor, allowing him to spend as much time as possible working in the labs and learning to use a variety of instruments.

“Meaningful inventions that work toward the public good is the best move any inventor or scientist can make,” he says.

His invention may be small in size, but in helping preserve the health of the ocean and maintaining our human food supply, the UNCG inventor and his product are already making a tremendous global impact.