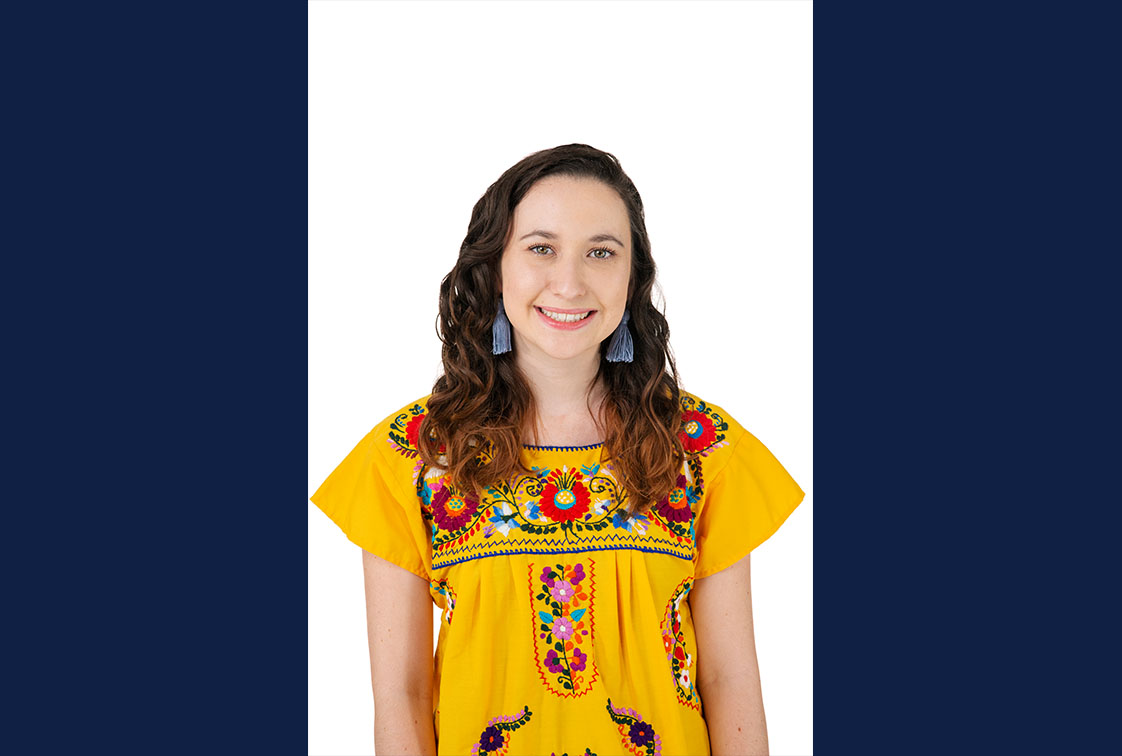 “Mindset is Everything.” This is the title of Ana Mena’s video segment in the UNC Greensboro Find Your Way Here campaign, and it’s also an important part of her message to future and fellow students. As a consumer, apparel, retail studies (CARS) major with a concentration in apparel product design, Ana is on a steady path to becoming a fashion designer, and she consistently reminds her Spartan peers of the ample opportunity afforded by the University.

“I feel like sometimes people don’t see that there’s so much UNCG has to offer to them,” stated Ana. “If you understand and you see the resources, and you take advantage of them, you can flourish so well here.”

Leading by example, Ana has made the most of her college experience. In 2017, she started Alegria Collective — a sustainable fashion project that began by collecting fabric scraps, from the University’s sewing studio, to be repurposed. Alegria Collective retails online, and it has grown from selling hair accessories to offering one-of-a-kind articles of clothing. Two of Ana’s other major feats have been her official appointment to historian for UNCG Threads, the student organization for the CARS program, and an internship in pattern making, which she recently secured at Kontoor Brands, Inc.

In addition to her professors, a key resource for Ana’s collegiate success has been scholarships. By utilizing financial awards, she has thus far been able to pay her tuition without student loans.

One of her more meaningful awards has been the Summer Scott-Samuel CARS Endowed Scholarship, which is specifically geared toward students with high creative potential. A Bryan School graduate herself, Summer Scott-Samuel went on to become the merchant manager for the largest T-shirt manufacturer in the United States: Gildan. She works at the company’s operations in Barbados, and her job is a hybrid of designer, product developer, marketer, and sales.

“Having this scholarship support has helped me realize that the CARS program sees potential in me that at times I might not see in myself,” stated Ana. “It has also helped me with being more open with my peers and talking to them about scholarship opportunities. Money is a hard subject for some, but UNCG offers lots of financial help to get you through your schooling — you just have to look for the opportunities.”